A Houdini movie directed by Tim Burton? Sounds like a dream come true, doesn’t it? Well, it exists!

Of course, this Tim Burton’s HOUDINI was a short film he shot in grade school instead of "reading the book", as he explained last year on the South Bank Show. (The "book" appears to be Christopher's Houdini The Untold Story.)

Click below to see a YouTube segment from the interview that includes a clip from Tim Burton’s HOUDINI. The clip starts at 0:54 seconds in.

biopic Tony Curtis and Janet Leigh. Among the photos are several shots of cuts scenes, including a performance of the Cremation illusion and The Milk Can escape.

However, the most amazing revelation (for me at least) is that the film originally was to feature a recreation of Houdini’s death defying plane to plane mid-air transfer and wing walk from his 1919 film, The Grim Game. 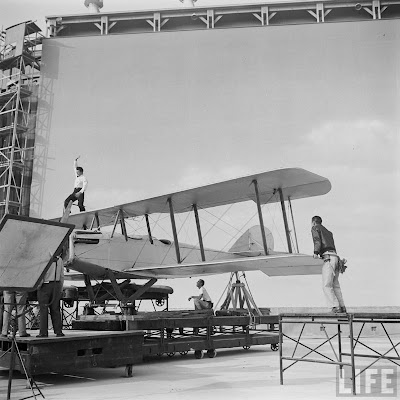 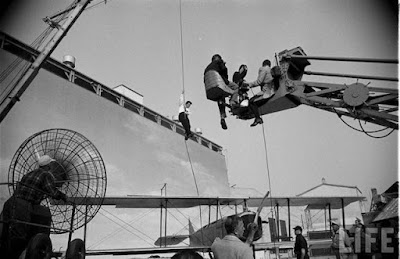 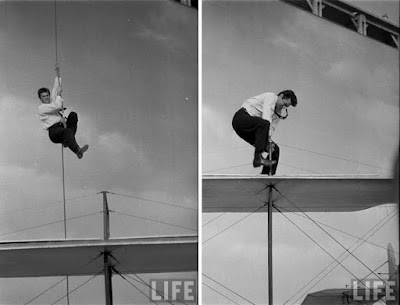 This is significant in that all the movies so far made about Houdini’s life and career have ignored his stint as a silent movie star in Hollywood. But here is evidence that the 1953 film did not ignore this aspect of Houdini’s life. It just wound up on the cutting room floor.

My question is, where is this footage today?

According to greatadventurehistory.com, the experience of Houdini's Great Escape was a complete themed presentation from start to finish. Guests passed through the gates (marked 278) and entered the garden in front of the house. Guests were then ushered into the parlor, sometimes by a costumed actor who helped set the scene. The room was decorated with gothic fixtures and escape devices from Houdini’s career, including an eerily smashed Water Torture Cell. 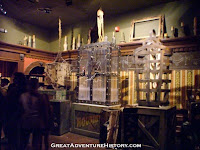 An unseen narrator gave background information on Houdini with an accompanying film showing him as a young man. The spirit of Houdini was channeled and moved objects in the room in an attempt to cross over from the other side.

A set of doors opened and the audience was ushered into the next room with the sets of benches lining both sides of the room and a small table in the center. Once everyone was seated, Houdini locked his guests into place with a set of lapbars and the illusion began with the room rocking and then eventually turning a full 360 degrees.

After the first season, the storyline was modified slightly. The original show concluded with a huge illuminated mural of Houdini visible through the large skylight above the room. When modified, the center table with crystal ball and the illuminated keys at the ends of the rooms were added to conclude the story. 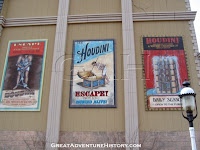 Houdini was closed for safety modifications after a power failure in the park had trapped riders for a period of time. Modifications made the ride safer and it re-opened to the public.

For the 2008 season, Houdini's Great Escape was SBNO. Before the season had started plans were in place to open the ride, and new signage was even in place in the weeks leading up to the park's opening day. At the last minute a high level decision was made not to open the ride, and for opening day all the ride's signs had been removed, and the entry gates padlocked. During the season the building was used as a venue for autograph signings, but no other activity took place. 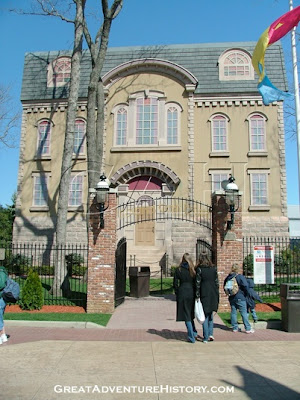 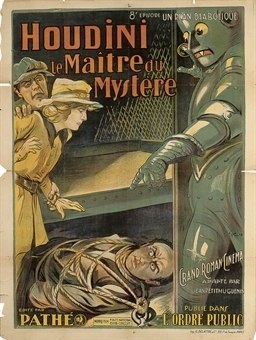 As a rule, Master Mystery posters that feature either the Automaton (said the be the first movie robot) or Houdini in restraints are the most desirable...and this beauty has both!
Written by John Cox at 6:17 PM No comments: