Listen to Houdini's ‘Imprisoned with the Pharaohs’ 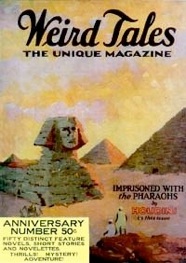 UPDATE: Unfortunately, it appears this is no longer available.

The Classic Tales Podcast has posted an audio reading of the classic Houdini short story, Imprisoned with the Pharaohs (aka Under the Pyramids). The story is read by character actor B.J. Harrison.

First published in the May-June-July 1924 issue of Weird Tales, the story tells of Houdini’s adventures trapped in a Egyptian tomb. While it appeared under Houdini’s byline, the story was actually ghost written by the great H.P. Lovecraft.

According to Wikipedia "J.C. Henneberger, owner of Weird Tales, wished Lovecraft to write up an account Houdini had told him: on a trip to Egypt, he had been bound by Arabs and left in some deep chamber of Campbell's Tomb in the valley of the pyramids. Houdini was attempting to pass off this adventure as a true occurrence, but Lovecraft's subsequent research established that the story was largely fictitious. As such, Lovecraft allowed his imagination free rein, transferring to the temple of the Sphinx but otherwise retaining many of the details of the narrative as related by Houdini." 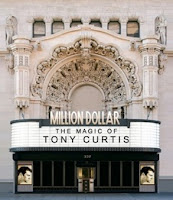 A very special screening of the 1953 classic HOUDINI was held at the historic Million Dollar Theater in downtown Los Angeles yesterday. Mr. Curtis was on hand for the day-long celebration, THE MAGIC OF TONY CURTIS, a part of the L.A. Historic Theatre Foundation’s Jules Verne Festival.

Before the screening escape artist Curtis Lovell performed a water cube escape for the packed crowd. Having escaped, Lovell was congratulated by Mr. Curtis himself, who came on stage to a standing ovation.

HOUDINI was a treat to watch with a live audience (including many children) who laughed at the humor and applauded each feat of magic.

For more on the post-HOUDINI screening activates, including pictures, visit Dear Old Hollywood, one of my very favorite destinations on the web. 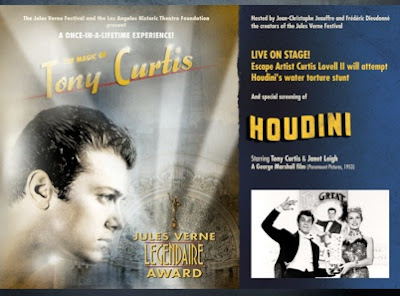 by C.E.L. Welsh with illustrations by Lalit Kumar Singh. 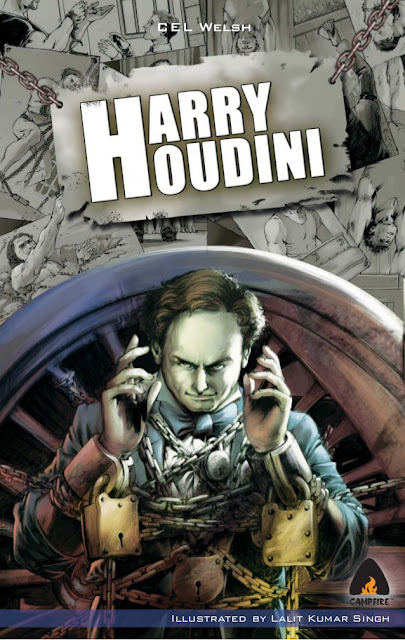 Keshav Thirani, who set up Campfire in India two years ago to produce graphic novels for 7-15 year olds, says that figures like Houdini are generally excluded from the syllabus of children, “Yet, they had magical lives.”

C.E.L. Welsh's Harry Houdini can be ordered with free shipping from www.campfire.co.in or Amazon.com