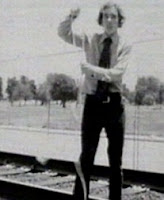 The L.A. County Museum of Art (LACMA) currently has a retrospective on the work of Tim Burton running through October 31, 2011. The exhibition explores the full range of Burton's creative work, both as a film director and as an artist, illustrator, photographer, and writer.

While I haven't seen it yet, reader Ross H. checks in to tell us that Burton's short Houdini film, made when he was a youth, is part of the exhibition:

"I saw the entire Tim Burton 'Houdini: The Untold Story' silent flick (and lots of other hilarious early Burton home movie projects) on display at the Tim Burton retrospective running 5/29/2011 through 10/31/2011 at the L.A. County Museum of Art (LACMA). The entire Burton Houdini movie shows the railroad stunt as well as an underwater escape at an outdoor pool. As a big Houdini and Burton fan, this was fun to watch."

Vist the official LACMA website for more information on the exhibition and museum hours. 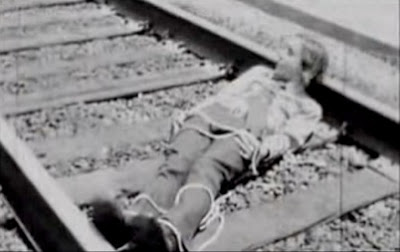