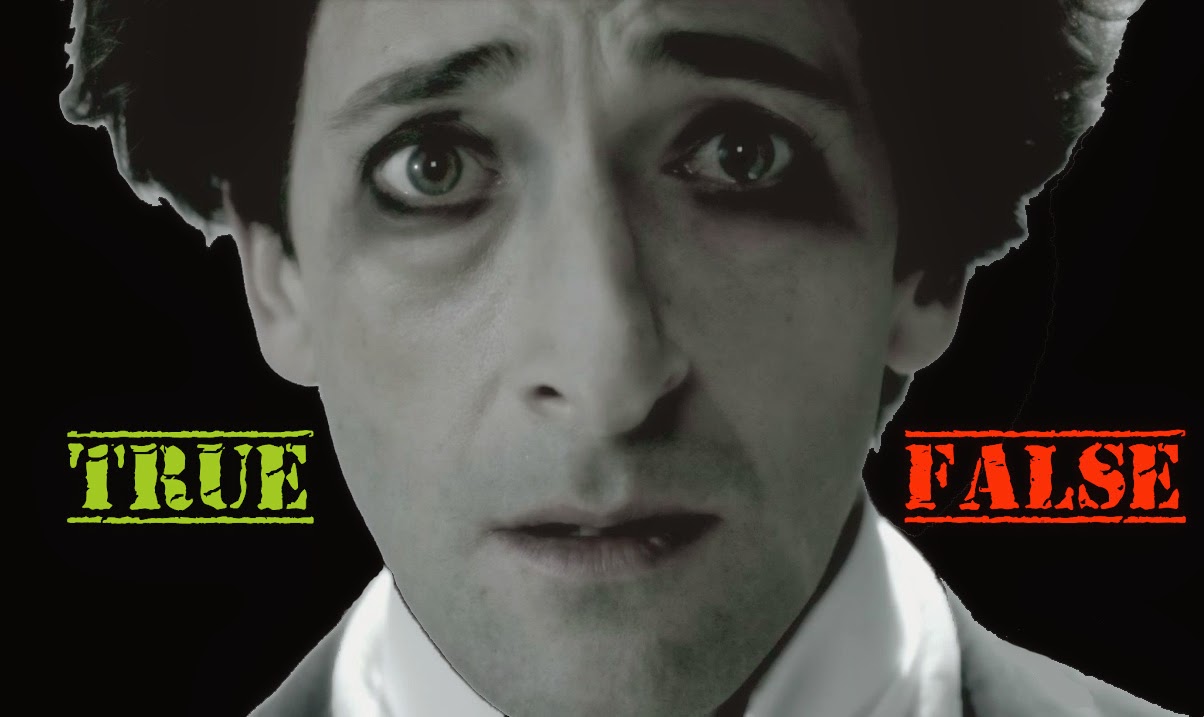 After one night, HISTORY's Houdini miniseries starring Adrien Brody is on track to be the least accurate Houdini biopic ever made, and that's saying something. Nicholas Meyer's screenplay freely jettisons fundamental facts to make room for complete fictions. (More on that in my review on Wednesday.) Unfortunately, people believe what they see on TV -- especially when the network is called HISTORY -- so here are some points of clarification:

Did Houdini get trapped under the ice of a frozen river?
Even though Houdini himself would tell the story of being trapped under an ice sheet during a bridge jump, there is no evidence that it ever happened, and Houdini would alter the location and details in various tellings. But he never claimed his mother's voice or any supernatural power led him to the opening in the ice. He found his own way to freedom. (Read: Trapped under the ice with Houdini.) 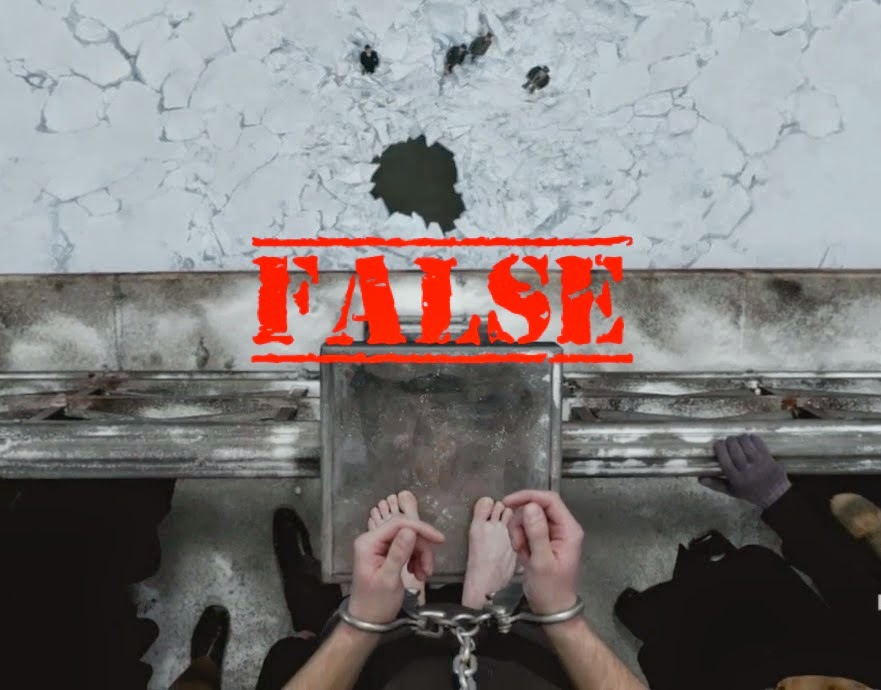 Did Houdini have issues with his father?
Houdini spoke very highly of his father and honored him his entire life. Any suggestion of "daddy issues" is purely speculative. It is true that Rabbi Weiss lost his job in Appleton for being too "old world" (he didn't speak English), and this plunged the family into poverty. The story of him having to flee Budapest after killing a man in a duel was told by all the Weiss children. Some biographers doubt it as being too far fetched, but duels in Hungary were not unusual in the 1870s. (Read: Who was Houdini's father? New insights.)

Did Houdini run away from home and work with a traveling magician?
While it's true that Ehrich Weiss (the miniseries misspells it as Erich - grrrr) ran away from home when he was 12, he did not work with a traveling magician. This is a fiction seemingly lifted from a 1987 Disney movie called Young Harry Houdini. However, it is true that his interest in magic was inspired by the autobiography of Robert-Houdin, and that he took his name from the famous French conjurer. (Read: Homeless Houdini.) 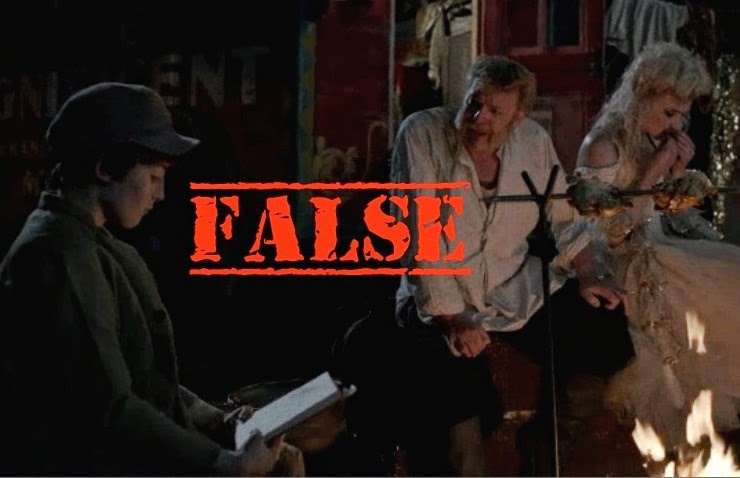 Did Houdini live in Brooklyn?
The Houdini miniseries shows Harry growing up and later buying a large home in Brooklyn, NY. Not true. The Weiss family lived in a tenement in mid-town Manhattan, and Houdini later bought a large brownstone in Harlem. Likewise, the Weiss family plot is located in Queens, not Brooklyn. (Read: Discovering the home of Houdini.)

Did Houdini meet Bess when they were both performers in Coney Island?
While there are several romanticized stories of how Houdini and Bess met, screenwriter Nicholas Meyer opted for the truth here. Houdini did indeed meet his wife Bess at Coney Island while she was performing as part of an act called The Floral Sisters. They had a whirlwind courtship and married only a week after they had met. (Read: When Harry Met Bessie.) 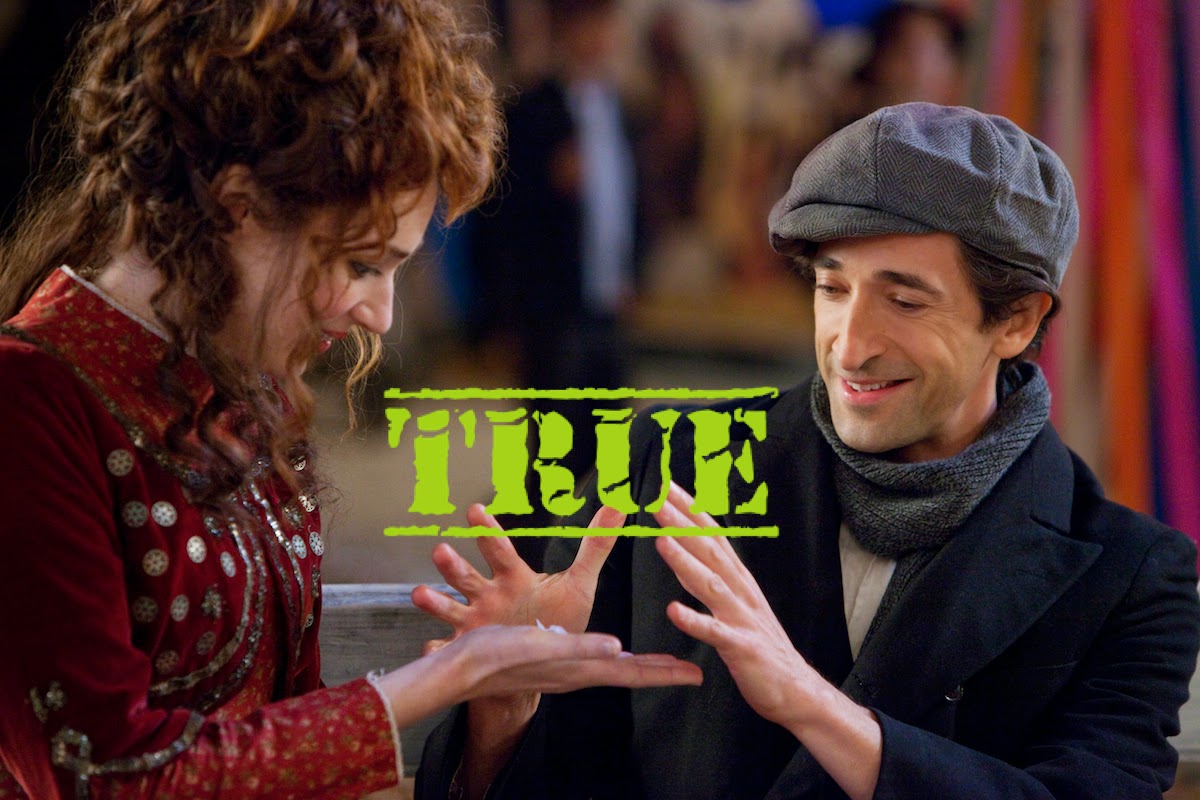 Did Houdini create the challenge handcuff escape act in a brothel?
Houdini worked to perfect his challenge handcuff act over several years, and may have gotten the idea from an Australian magician named Lewis Paul. While Harry and Bess performed in Dime Museums, Beer Halls, Circuses, and traveling Burlesque shows, there is no record of them ever performing in a brothel. Besides, aren't brothels their own entertainment? (Read: Memories of "Dime Museum Harry".)

Did Houdini perform escapes as The Wild Man from Borneo?
While Houdini did briefly appear as "Projea The Wild Man of Mexico" in the Welsh Bros. circus, it had nothing whatsoever to do with his magic or escape act. Harry and Bess took on many side jobs during their travels with the circus. Houdini quit the Wild Man when he got hit in the eye with a piece of meat thrown into his cage by Clint Newton, ringmaster of the Welsh Bros. Circus.. (Read: Freaks of Octoberfest.)

Did Houdini achieve fame after escaping from a "Johnson County" jail in 1896?
Houdini performed handcuff and jail escapes in various cities across the U.S. in the late 1890s, but they did not bring him recognition beyond that city. The idea that Houdini was "the most famous man in America" by the turn of the century is wildly incorrect. Houdini's fame came only after he was discovered by manager Martin Beck and traveled to England in 1900. There he captured the imagination of Europe. Houdini did not really become a star in America until his return in 1905. (Read: The strolling magician.) 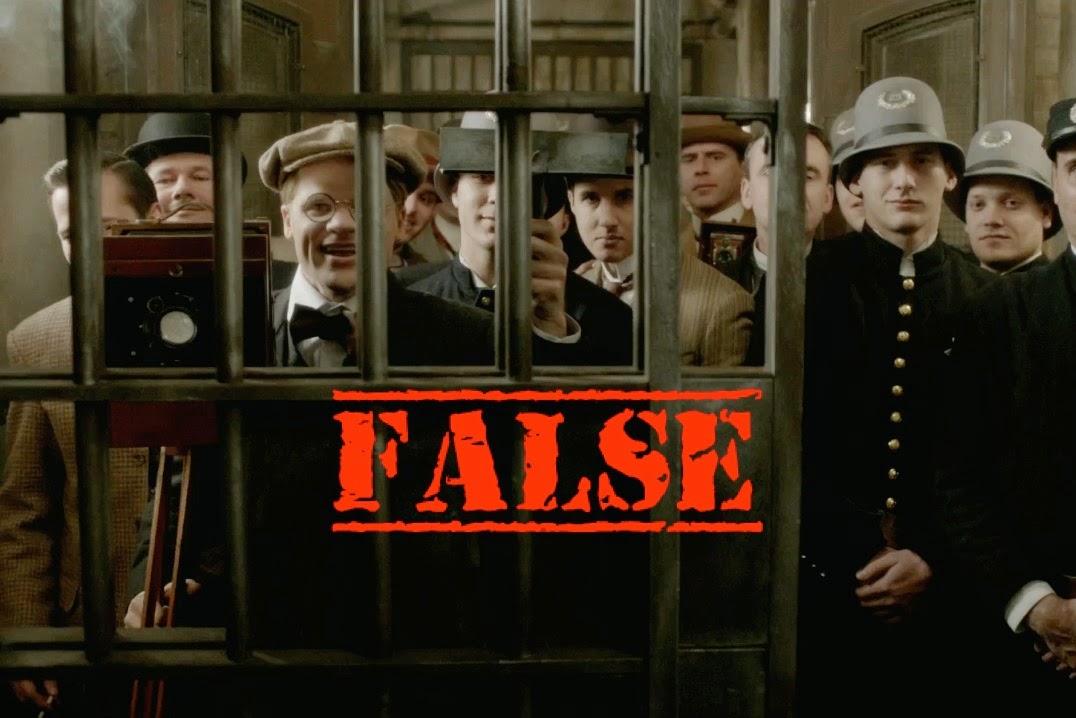 Did Houdini do escapes in the nude?
To prove he concealed no keys or lockpicks, Houdini would strip nude and submit to an examination by a doctor during his jail escapes. But Houdini would also sometimes strip nude on stage during handcuff challenges, and even advertised himself as "Positively the only conjurer in the world who strips stark naked." He once even performed his Milk Can escape au naturale. He had a powerful physique and wasn't afraid to show it off. (Read: Ebay auction dates Houdini's first 'nude')

Did Houdini hire a magic store clerk named Jim Collins to create his effects?
Houdini's chief assistant and mechanic was named Jim Collins and he did have a genius for designing magic and escape effects. However, Houdini did not impulsively hire him out of an Ohio magic store, and Collins was not an American from Georgia. Jim Collins was born in England, possibly Portsmouth, and it was there that Houdini hired him to be his assistant. (Read: The man who kept Houdini's secrets.) 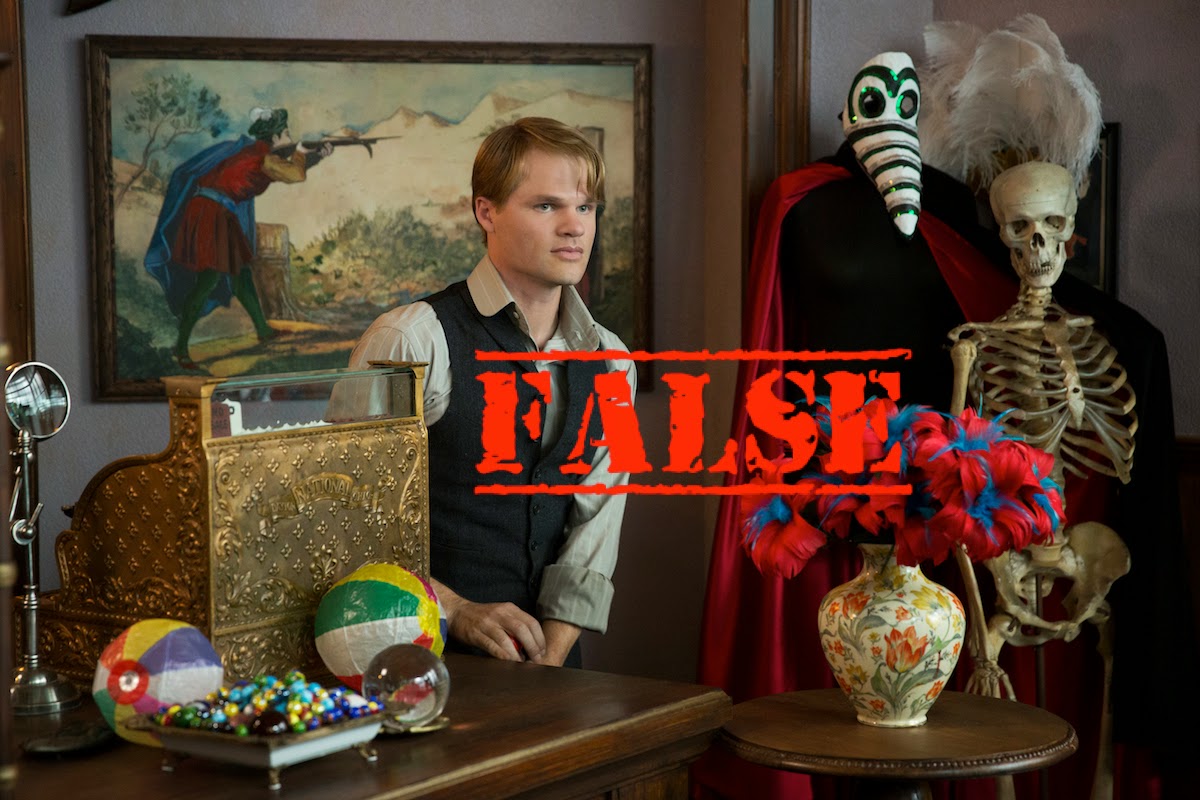 Was Houdini a spy?
Houdini was friendly with law enforcement and took great interest in the methods and practices of criminals and con-men. He even penned a book on the subject in 1906 called The Right Way To Do Wrong. While he might have communicated with William Melville of Scotland Yard about what he was observing in Germany and Russia (and even the "evidence" for this is paper thin), to show him working as a full blown spy and using his magic act as "cover" is ludicrous. In fact, MI5 didn't even exist during Houdini's first tour of Europe. Of all the fictionalizations in the Houdini miniseries, this is by far the worst, and trying to work this fiction into the story is one of the reasons the movie so badly mangles the facts of his early career. Houdini was not a spy. (Read: Experts weigh-in on 'Secret Life' spy revelation.) 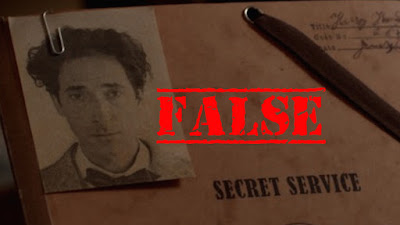 Did Houdini do the bullet catch for Kaiser Wilhelm II?
While it's possible Houdini might have done the bullet catch early in his career, he never did it during his fame, and certainly not for Germany's Kaiser in a private performance as shown in the miniseries. After his friend Chung Ling Soo (William Robinson) was killed onstage doing the catch in 1918, Houdini announced that he would attempt it himself. But he was talked out of it by magician Harry Kellar. This gave the Bullet Catch an even more ominous reputation as being a trick so dangerous even Houdini wouldn't try it. (Read: Did Houdini do the bullet catch in the 1890s?) 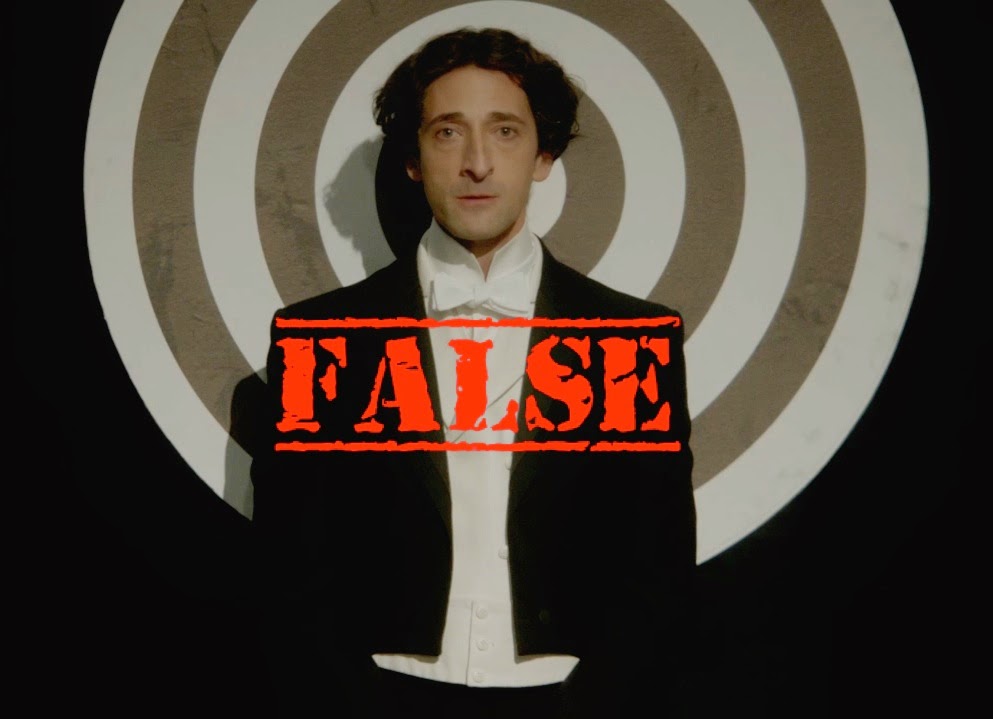 Did Houdini ring the bells of the Kremlin?
Like the hole in the ice, this story comes from Houdini's time, but no verifiable source (such as a newspaper account) has ever surfaced to prove that it actually happened. It also tends to change from teller to teller, one of whom was Orson Welles, a great teller of tall tales. And while Houdini did perform for the Russian Royal Family, the idea that Rasputin was among the gathering is not possible. Houdini toured Russia in 1903 and Rasputin did not meet the Russian Royal Family until 1905. (Read: Orson Welles remembers Houdini.)

Did Houdini give his mother a royal reception in Budapest?
It is true that Houdini brought his mother to Europe and gave her a lavish "royal" reception with relatives in Budapest. The dress Houdini had purchased for her was said to have been designed for Queen Victoria before her death. However, Houdini did not pour gold coins into his mother's lap on this occasion. He did this privately when he asked for his salary in gold coins so his could fulfill a childhood promise to his mother that one day he would pour gold into her lap. 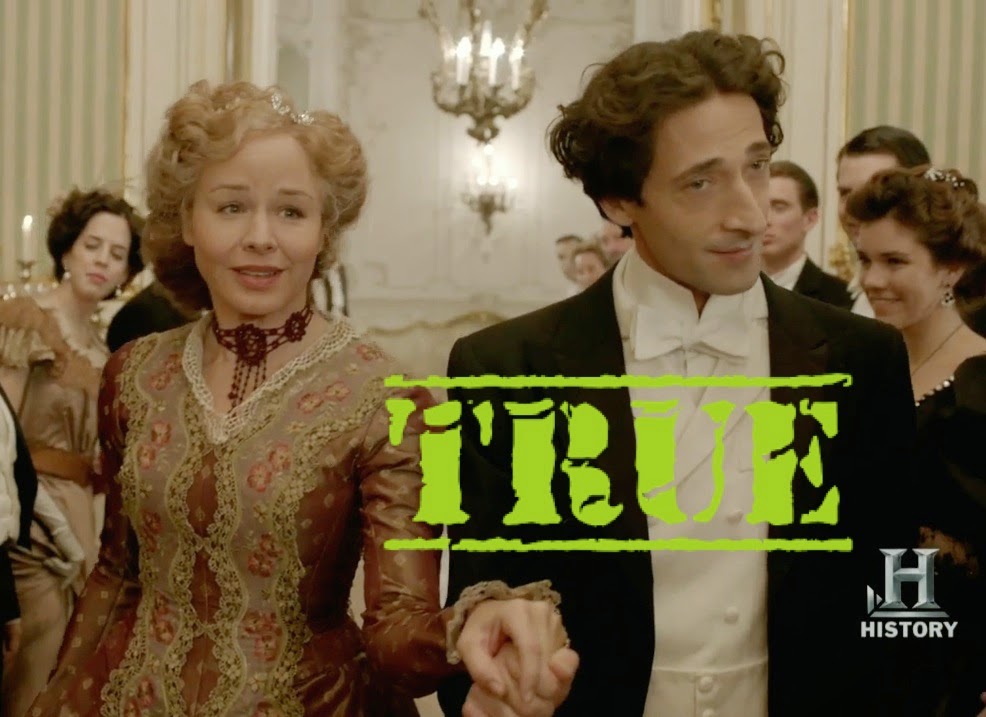 Did Houdini fall apart when we saw Bess sitting on the lap of another man?
This is actually true. Bess purposely planted herself on the lap of a young Colonel to see if she could make her husband jealous. It worked. Although showing Houdini getting drunk is not accurate. Houdini was a well-known teetotaler. But for months Houdini would be thrown into a deep funk if anyone around him used the word "Colonel."

Did Houdini engage in bondage sex with Lady Butler?
Houdini did not have an affair with British painter Elizabeth Thompson aka Lady Butler, nor is there any indication that they ever even met. And as far as we know, Houdini didn't indulge in any sexual fetish. He was quite puritanical in matters of sex. However, there is evidence that he did have at least one affair with Charmian London, the widow of Jack London. (Read: The illicit loves of Harry Houdini.) 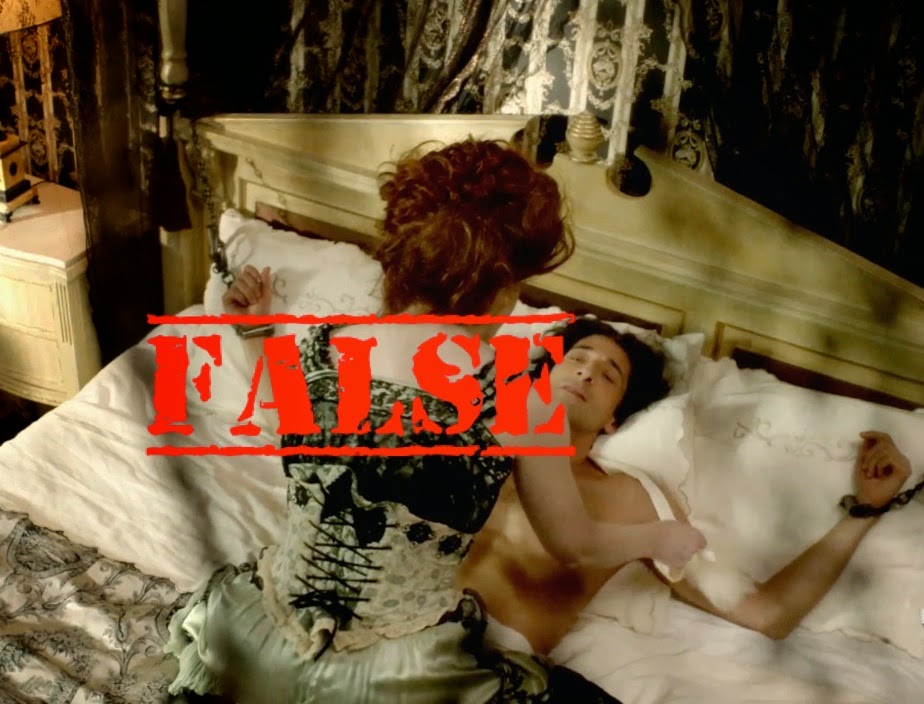 Did Houdini own and fly his own airplane?
In 1909 Houdini became fascinated with aviation and purchased a Voison biplane. He flew in exhibitions in Germany and England, and became the first man to ever fly a plane in Australia. However, the depiction of Houdini barnstorming across Europe with Bess on-board is fiction. As with almost all planes at the time, Houdini's Voison could only hold a pilot and was not capable of sustained and reliable flight for travel. (Read: Houdini was the 25th person to fly.) 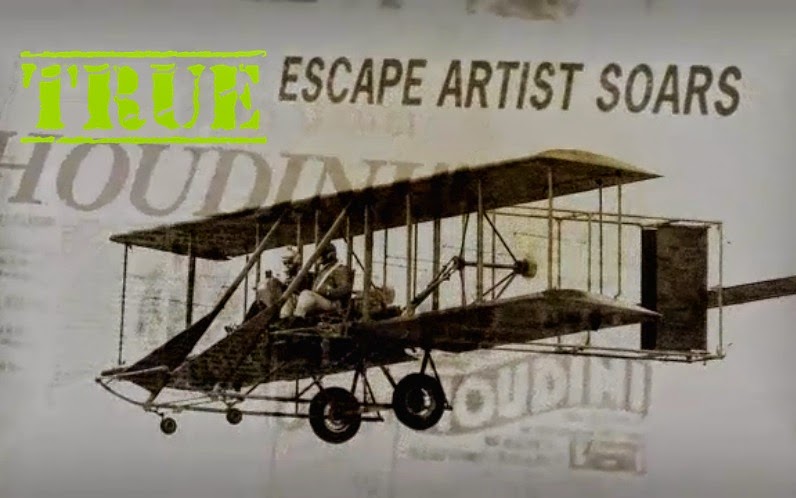 Did Houdini resent and resist early cinema?
Houdini embraced cinema almost from the start of the medium. He made a short film in Paris in 1909 and also filmed many of his outdoor escapes which played before his vaudeville act. Seeing Houdini frequently meant seeing a film. He was actually a pioneer of the medium. (Read: 'Houdini Defeats Hackenschmidt' and other revelations.)

Did Bess Houdini smoke pot?
The same biography that gave us the "spy" theory also claimed that Bess Houdini smoked pot. This comes from a 1927 diary entry in which she mentions that she dined out with "no drink and no weed." However, "weed" was slang for tobacco, so it's more likely she is talking about cigarettes (she did smoke). While Bess enjoyed her champagne and did have trouble with substances after Houdini's death, the extent of her drinking during their marriage is unknown, and the suggestion that she was an alcoholic is speculative. (Read: Did Bess Houdini smoke pot?) 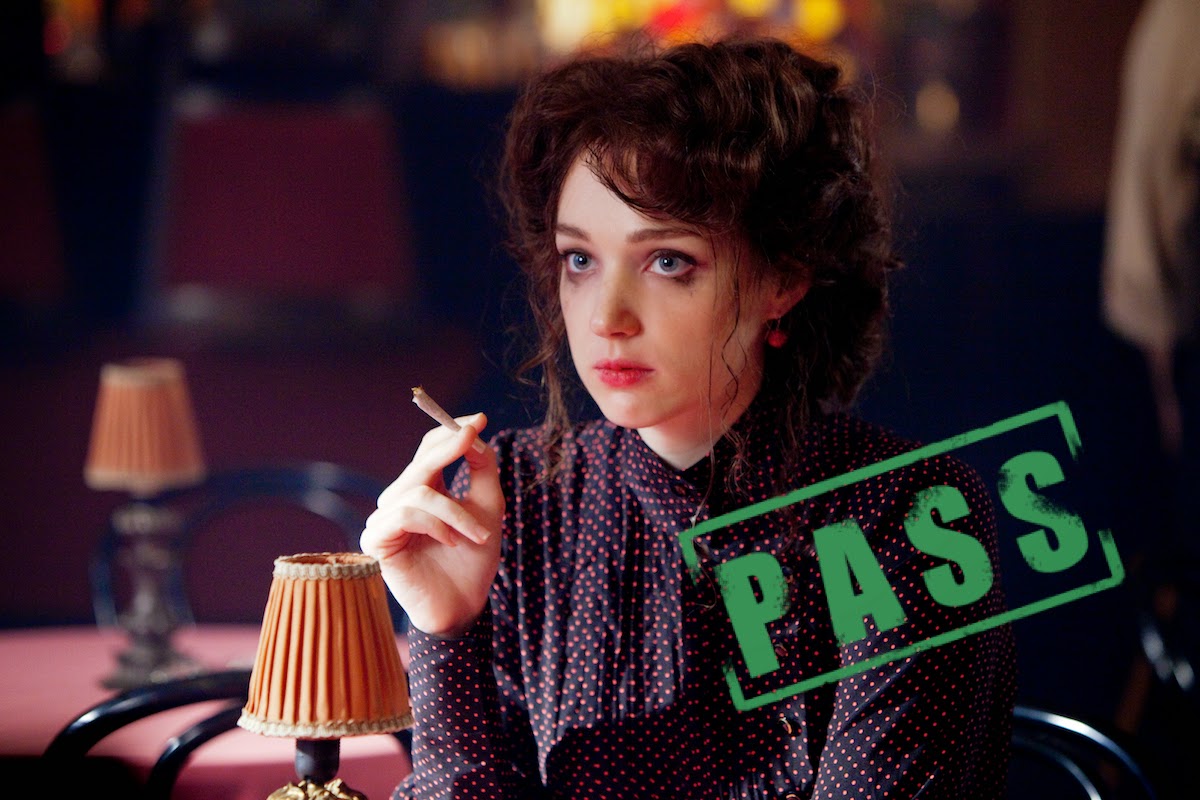 Did Houdini's career falter in 1914?
Houdini's audience never tired of escapes. If anything, it was the opposite. The audience expected and demanded escapes from Houdini even when he tried to mount a straight magic act. Houdini's fame and career was actually at a pinnacle in 1914. (Read: The untold story of Houdini's 1914 Battery Park escape.)

Still watching? The good news is Part Two is a big improvement over Part One as far as the facts are concerned. I will post a Fact Check of Part Two tomorrow. And if there's a question that I haven't answered above, please post it in the Comments section below and I will answer you there.