REVIEW: A Houdini book for everyone 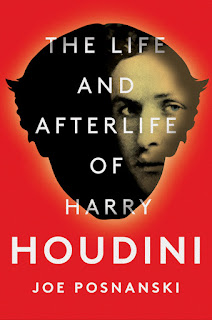 To date there have been more than 160 non-fiction books written about Houdini, and just as many that feature Houdini in fictional adventures. There have been books devoted to his entire life, to his psychology, and even to a single trick. So one can pretty much find a Houdini book to suit ones needs...as long as you don't mind sifting through some 300+ titles.

Or you can just read one book, The Life and Afterlife of Harry Houdini by Joe Posnanski. Because this is the first Houdini book that will appeal to everyone. And I mean everyone. If you love Houdini and think you know it all, this book will give you new insights. If you hate Houdini and have had enough of him already, you will find support and ammunition for your hatred. And if you just want to see what all the fuss is about, this book will tell you everything you need to know and just might hook you into Houdini World. And with the author's breezy observational style, it's just a great read!

The key here is that Joe Posnanski is an honest broker who approaches his subject as an outsider. He's also a sports writer with keen reporter instincts and an understanding of human nature and fame. The result is one of the most honest Houdini books ever written, one that treats Houdini mythology and biography with refreshing transparency. You always know where you stand with Joe. There's no manipulation of Houdini history for his own gain, no conspiracy theories or pseudo-history. Joe always lets the reader know when he's relating a myth, fact, or something that seems to exist in-between. In this way he's able to leave no compelling Houdini story untold, but also leaves no confusion in his wake. Bravo. 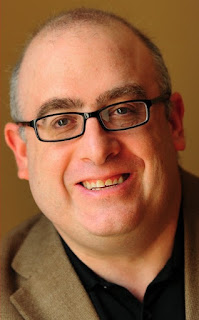 But one should understand going in that Joe is not out to break new ground as far as Houdini's life story is concerned. This is not a strict biography (although it still works as one and is factually solid). His real goal is to discover why Houdini continues to fascinate today. So a lot of this book is Joe's personal journey into "Houdini World", as he calls it. Along the way he meets a cast of characters both famous and unknown, including: David Copperfield, Jim Steinmeyer, Mike Caveney, Joshua Jay, Dorothy Dietrich, Dick Brookz, Jen Kramer, Andrew Basso, Jamy Ian Swiss, Kristen Johnson, Lee Terbosic, Juan Tamariz, Eric Mead, Paul Cosentino, Joe Notaro, myself, and most significantly, Patrick Culliton.

The Life and Afterlife of Harry Houdini is really a search for two enigmatic men; Houdini and Patrick Culliton. Patrick is a big part of this book. It even opens with a quote from him. Patrick has made no secret of the fact that he doesn't like his portrayal in the book. (Pat would like us all to know the cover of his book Houdini The Key is made of buckram, not vinyl.) But I think the book works beautifully as a tribute to this greatest of all Houdini historians and remarkable man. There's no "afterlife" of Harry Houdini without Patrick Culliton.

Some other highlights. Joe's description of going through the late Ken Silverman's research papers at Appleton's History Museum gives a real feel for how Ken himself struggled to discover Houdini. Joe's overview of the various theories and arguments about how Houdini may have escaped from the Mirror Handcuffs (or not) offers the most definitive examination of this escape ever put in print. Mike Caveney's unbridled dislike of Houdini is, yes, a highligh! Mike is one of the greatest magic historians alive and his take on Houdini is important and valid. But Mike doesn't write much about Houdini. Now, thanks to this book, we have Mike Caveney talking Houdini on the record. I'm also thrilled with what isn't in the book. Houdini a spy? Joe addresses this with a single word: Silly.

But this wouldn't be a proper review without a few criticisms. The notion that Houdini was a magician of limited ability gets a bit overstated and never properly refuted (and it can be). Joe allows Joshua Jay to tell the story of the punch and Houdini's death, which feels too important and subjective to be covered by someone other than the author himself. And while not really a criticism as it's a standout and somewhat heart-stopping moment, Jim Steinmeyer's partial exposure of the Water Torture Cell might be misunderstood by the layperson. (Without revealing anything, know Houdini could do the Water Torture Cell without an assistant in the building.)

But I keep coming back to the honestly. As to Houdini's spiritualism debunking, Joe admits: "I can't lie: It bores me. I prefer the escapes. I'd rather talk about the magic." It's this level of candor that makes this such a refreshing read. For me it feels cathartic, a clearing of the air. Sometimes it takes an honest outsider to show you the world that you've been living in. Joe Posnanski is that man and The Life and Afterlife of Harry Houdini is that book. And it's for everyone.

The Life and Afterlife of Harry Houdini can be purchased at Amazon.com and Amazon.co.uk.