The hands of Houdini?

Are these the hands of Harry Houdini? According to a current eBay auction, they are -- sort of. 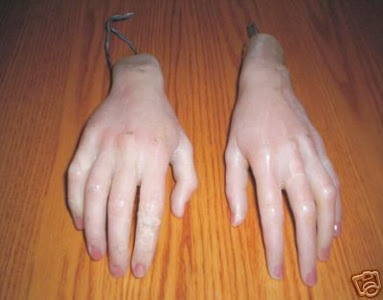 These wax replicas are said to be from the Harry Houdini Magic Display which was the centerpiece display of The Classic Wax Museum which operated in Edmonton Alberta Canada during the 1950s and 1960s.

The auction claims the wax hands were made to exacting specification from photographs of Houdini’s “manicured” hands by the famed wax masters of Madame Tussaud’s Wax Museum in the '50s and brought to the museum by the late Larry Lawson, who was the owner, curator and operator of the Classic Wax Museum.