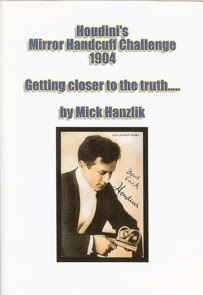 UPDATE: Mick has released a new book about the making of his Mirror replica: Looking into the Mirror.
Written by John Cox at 10:56 AM