Yahoo Movies has named the 1953 Paramount movie HOUDINI as one of its 10 Most Biographically Inaccurate Movies. Says the site: 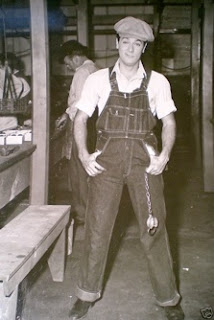 “To be fair, figuring out what was fact and what was fiction in Houdini's actual biography wasn't always easy. Even though he was born in Hungary, Houdini claimed in interviews to have been born in Appleton, Wisconsin. Of course, this film -- starring Tony Curtis and Janet Leigh -- didn't help matters much. The film states that his family name was Schwartz when in fact it was Weisz. The relationship between his Jewish mother and non-Jewish wife was portrayed as harmonious, when in real life it was definitely not. And in the movie, his death was caused by failing to escape from a Chinese Water Torture Cell following an injury with a prop sword. In reality, Houdini died of a burst appendix after being punched in the stomach.”


A few fact checks on Yahoo. The movie never says Houdini’s real name was Schwartz (wasn’t that Tony Curtis’ real name?). The movie actually make no reference to his real name. Their claim that Mrs. Weiss and Bess didn’t get along is speculative fiction from the 1976 TV movie The Great Houdinis. All evidence points to a good relationship between Bess and Mama in real life, not unlike what we see in the Curtis movie. The Water Torture Cell claim, however, is bang on.

HOUDINI was recently on DVD and can be purchased at Amazon.com