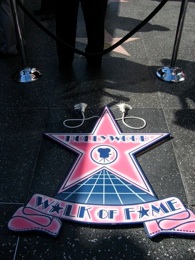 A reception is to follow afterwards at The Magic Castle at 7001 Franklin Avenue, Hollywood, CA 90028.

Among those contributing to the restoration include top magicians such as: David Copperfield, Lance Burton, Tihany, Marvyn Roy (Mr. Electric), as well as Siegfried and Roy.
Written by John Cox at 9:41 AM