Houdini spills the inspiration for his "Chinese" Water Torture Cell

Where did Houdini get his ideas? Where, for instance, did he get the idea to be locked in a giant Milk Can? Could he have seen a milk truck rolling down on the street one day and was suddenly struck by the idea--a moment of inspiration now forever lost in time?
Unfortunately, we really don't know when and where Houdini got the ideas for many of his most famous feats. That's why what I have today is so exciting.
Houdini debuted his famous Water Torture Cell in Germany in September 1912. At the start of 1913, he brought the effect to England. On January 6 he opened at the Cardiff Empire and gave an interview to the Western Mail. In it he reveals exactly when, where, and how he landed on the idea for his new escape. This has never appeared in any book as far as I know.
I'll let Houdini tell you it himself:

Acknowledged to be one of the world's greatest mystery men, Houdini, the self-liberator and the original "Handcuff King," who is performing at the Cardiff Empire this week, made the interesting fact known to a Western Mail reporter on Thursday that he will always retain happy memories of Cardiff.

"I like Cardiff, and I like Cardiff audiences, and I think they like me," said Houdini; "but what will ever keep Cardiff dear to me is the fact that your city is really the birthplace of my latest and greatest trick––the Chinese water torture cell.

At the time the inspiration came to me through reading an article in your excellent paper illustrating types of Chinese torture which I purchased in Cardiff. I had rented premises for the purpose of perfecting an entirely different trick. When the idea came I at once stopped working the trick which I was engaged on and set about the 'torture cell,' with the result you may see any evening this week. It is a great trick––my greatest. But, though I had perfected the idea, it was nearly a year before I nerved myself to perform it."

The "entirely different trick" Houdini was working on was, I believe, his frozen in ice escape. As I covered here, this would have involved a glass tank described a being "brass fitted and jointed." News of Houdini working on the effect was reported in January 1911. Houdini played Cardiff in March of 1911. Interestingly, Frank Koval says Houdini visited someone named Charles O. Williams about the construction of the cell this same week. So the timeline of Houdini's story does check out.

One thing that really surprises me here is Houdini calling it the "Chinese" Water Torture Cell. Before I read this, I would have told you Houdini only used "Chinese" in the United States. In Europe, it was always billed as just The Water Torture Cell. Check out the playbill for this very week in Cardiff as an example.
I also always though the use of the word "Chinese" was a commercial flourish, like calling the Needles the "Hindoo Needle Trick" or saying the "Chinese Linking Rings." Evoking the mystery of far off lands has long been fashionable in magic. But here's Houdini saying the inspiration for the escape actually came from images of Chinese torture. This is news to me!
Try as I might, I could not locate the original article in the Western Mail that inspired Houdini in 1911. What kind of torture instruments could it have depicted? Sometime involving foot stocks? Water? Inversion? I would love to know.
I guess it's also possible that Houdini is making all this up just for the reporter. We know he sometimes did that. But I sense we have something real here and a unique glimpse into Houdini's creative process.
Want more? You can read and download the original Western Mail article along with other research material gathered for this post as a Scholar on my Patreon. 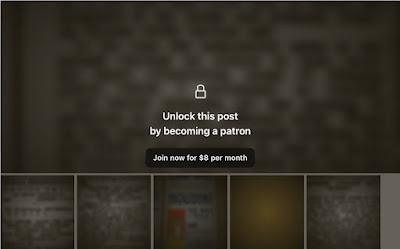