Random Treasures Auctions is currently running an online auction of magic memorabilia containing over 70 significant Houdini items, including original adverts, photos, books, and letters. Included in the auction is an original lithograph for the Water Torture Cell (currently at $55,739.00) and these two spectacular full-color lobby displays for The Man From Beyond. 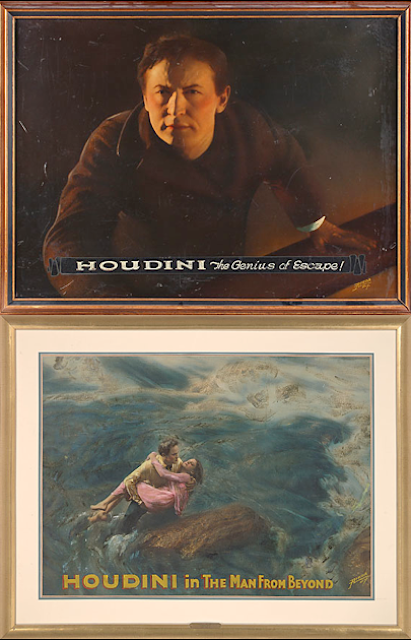 The auction opened on January 1 and closes January 31. It also includes four different Robert Houdin clocks; original costumes and props of Chung Ling Soo; signed photograph by the Great Herrmann; Thurston ephemera and much more.
Written by John Cox at 10:39 AM

Email ThisBlogThis!Share to TwitterShare to FacebookShare to Pinterest
Tags: Auction, Herrmann, Posters, The Man From Beyond (1922), Water Torture Cell