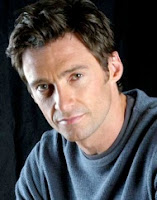 Hugh Jackman has confirmed to Sydney's Daily Telegraph that he is indeed playing Harry Houdini in an original Broadway musical due to open in 2010.

"We've been working on that for about a year and we'll probably go to Broadway when we're finished. But it'll be at least a year away," says the actor.

Jackman described his fascination with Houdini, stating, "He was a showman basically. He was probably the first rock star. A master manipulator of the media and a showman through and through."

As to playing a singing and dancing Houdini...

“Come on. Why not?” Jackman says with a laugh. “If [Houdini] could sing and dance he would have done it.”