A new poster for the upcoming Broadway revival of Ragtime has been revealed on the official website, and as you can see in the image above (if you look closely), the poster includes Houdini among its collage of images. 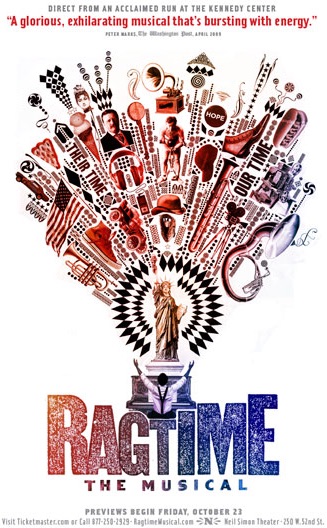 This is a first. While Houdini made it onto various cover art of the original E.L. Doctorow novel, adverts for the 1981 film and the stage musical have been Houdini-free...until now.

Featuring direction and choreography by Marcia Milgrom Dodge, Ragtime will begin performances Friday, October 23 and officially open Sunday, November 15, 2009 at the Neil Simon Theatre at 250 West 52 Street.
Written by John Cox at 10:21 AM