Today we have the official press release for the big new traveling exhibition, Houdini: Art and Magic. 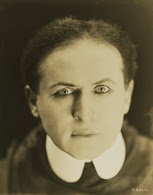 Houdini: Art and Magic
Opens at The Jewish Museum on October 29th

New York, NY – Harry Houdini (1874-1926), the renowned magician and escape artist, was one of the 20th century’s most famous performers.  His gripping theatrical presentations and heart-stopping outdoor spectacles attracted unprecedented crowds, and his talent for self-promotion and provocation captured headlines on both sides of the Atlantic. The Jewish Museum will present the first major art museum exhibition to examine Houdini’s life, legend, and enduring cultural influence from October 29, 2010 through March 27, 2011.  Through 163 objects, exhibition visitors will be able to explore the career and legacy of the celebrated entertainer while considering his lasting impact on contemporary art and culture.

Included are 26 recent works of art in a variety of media by such artists as Matthew Barney, Jane Hammond, Vik Muniz, and Raymond Pettibon; historic photographs; dramatic Art Nouveau-era posters and broadsides; theater ephemera; and archival and silent films that illuminate Houdini’s role as a world-famous celebrity who commanded a mass audience in the late 19th and early 20th centuries.  Magic apparatus – rarely exhibited together – handcuffs, shackles, straitjacket, a milk can and a packing trunk will be showcased in the context of their original presentation.  A recreation of the famous Water Torture Cell (much of the original was destroyed in a fire in 1995) will also be on view.  Two of Houdini’s private diaries, never before shown in a public exhibition, will be displayed.  Visitors will learn about his evolution from a fledging circus performer in the 1890s, to a stage magician at the turn-of-the 20th century, to a daring escape artist in the early 1900s.  The exhibition will not reveal the “how-to” secrets of Houdini’s magic performances. Rather, it will describe his audacious innovation in endowing common items with the aura of magic.

Contemporary art from the 1970s to the present will be integrated with the historic objects, as the exhibition examines how the magician has served as an inspiration for a significant number of artists.  Their works, including video, photographs, drawings, installation, sculpture, paintings, and conceptual works, cite different aspects of the Houdini legend: his straitjacket, handcuff and jail escapes; his metamorphosis and illusionist effects; his magic props and techniques; his physical endurance and masculine prowess; and the fables about his sudden death.

The exhibition is drawn from private and public collections, including The Museum of Modern Art, New York; the Museum of the City of New York; the Library of Congress, Washington, D.C.; the Harvard Theatre Collection, Cambridge, Massachusetts; The New York Public Library; The History Museum at the Castle, Appleton, Wisconsin; The National Portrait Gallery, Smithsonian Institution, Washington, D.C.; the Whitney Museum of American Art, New York; the Harry Ransom Humanities Center, University of Texas at Austin; and Tate, London.

Born Ehrich Weiss in Budapest, Hungary, Houdini was the son of a rabbi who immigrated with his family to Wisconsin in 1878.  From the beginning, Ehrich was drawn to illusion, performance, and spectacle.  When he was 12, he ran away from home with the intention of joining the circus. Instead, he spent his teenage years doing odd jobs to help support his impoverished family, now living in New York City.  Passionate about athletics, he trained as a runner, swimmer, and boxer.  These early workouts paved the way for Houdini’s rigorous training routine as a magician and illusionist.

Ehrich’s career as a professional magician began after his father’s death in 1892.  He changed his name to Harry Houdini as a tribute to the French magician Jean Eugène Robert-Houdin and married Bess Rahner, a Coney Island song and dance performer who became his on-stage partner as well.

Over the next decade, Houdini rose to international fame through daring feats that involved seemingly superhuman physical strength and stamina.  Throngs of spectators watched as he flailed upside down in a straitjacket or was tossed, handcuffed, into an icy river in a padlocked crate.  He freed himself every time to wild ovations.  Houdini’s breakout performances had real life significance to the American immigrant population who identified with the act of escape.

Houdini’s death, which occurred on Halloween in 1926, has inspired many myths: that he was poisoned; that he died in the Water Torture Cell, and that he faked his death and escaped.  It is more likely that he had been suffering from appendicitis and died of peritonitis after suffering a blow to the stomach by a student visiting his backstage dressing room.  He is buried in the Machpelah Cemetery in Queens, New York, in a bronze casket fabricated for his buried-alive stunt.

A 288-page catalogue will be co-published by The Jewish Museum and Yale University Press.  The clothbound book contains 157 color and 45 black and white illustrations, and contributions by Ms. Rapaport, Alan Brinkley, Hasia R. Diner, Mr. de Guzman, and Kenneth Silverman.  Essays on Houdini’s life and work are accompanied by interviews with novelist E.L. Doctorow, magician Teller (of Penn and Teller), and contemporary artists including Matthew Barney, Jane Hammond, Deborah Oropallo, Raymond Pettibon and Allen Ruppersberg, documenting Houdini’s evolution and influence from the late 19th century to the present.  The catalogue will be available worldwide and at the Museum’s Cooper Shop for $39.95.

Houdini: Art and Magic is made possible by major gifts from Kathryn and Alan C. Greenberg and the Blanche and Irving Laurie Foundation, with additional generous support from Rita and Burton Goldberg, the National Endowment for the Arts, the Skirball Fund for American Jewish Life Exhibitions, and other donors.

Corporate support is provided by Bloomberg.

The exhibition catalogue is funded through the Dorot Foundation publications endowment.

About The Jewish Museum

Widely admired for its exhibitions and educational programs that inspire people of all backgrounds, The Jewish Museum is the preeminent United States institution exploring the intersection of 4,000 years of art and Jewish culture. The Jewish Museum was established in 1904, when Judge Mayer Sulzberger donated 26 ceremonial art objects to The Jewish Theological Seminary of America as the core of a museum collection. Today, the Museum maintains an important collection of 26,000 objects—paintings, sculpture, works on paper, photographs, archaeological artifacts, ceremonial objects, and broadcast media.

Museum hours are Saturday, Sunday, Monday, and Tuesday, 11am to 5:45pm; Thursday, 11am to 8pm; and Friday, 11am to 4pm.  Museum admission is $12.00 for adults, $10.00 for senior citizens, $7.50 for students, free for children under 12 and Jewish Museum members.  Admission is free on Saturdays.  For general information on The Jewish Museum, the public may visit the Museum’s website at http://www.thejewishmuseum.org or call 212.423.3200.  The Jewish Museum is located at 1109 Fifth Avenue at 92nd Street, Manhattan.

Artists Represented in the Exhibition