The History Detectives crack the case

One of my favorite shows on PBS, the History Detectives, kicked off its new season with an investigation into Houdini. 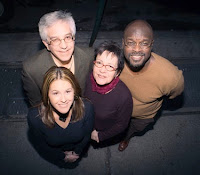 In an appearance worthy of Houdini, a Chicago man replacing roof insulation in his home realized that the insulation material was in fact scores of old posters for a Harry Houdini magic show.

Could such rare and random theater signs possibly be real?

History Detectives ventures to New York City and Las Vegas to peer behind the magician’s veil, and examine the final chapter in Houdini’s career.


While the “discovery” that Houdini exposed spiritualists as part of his show during his final years was hardly a revelation to Houdini buffs, the segment was very well done and entertaining. It's also a poster that I've never seen.

Now the official website is offering several follow-up goodies, like a list of Houdini reading material, a quiz, the interview with Lance Burton in Realplayer, and a full transcript of the segment.

So if you missed out, hop on over to the Houdini episode section of the official website and download away. 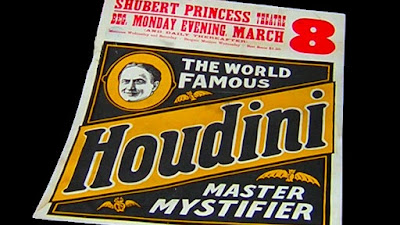