Maroon 5 gets help from Houdini’s ghost 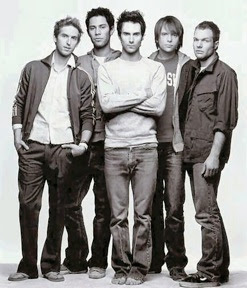 FemaleFirst.co.uk reporters that Maroon 5 frontman Adam Levine is glad he recorded his new album at the former mansion of legendary magician Harry Houdini - the ghosts there helped them write "some great songs".

The singer insists the band shared the mansion with things not from this world - but far from being scared they turned to the spirits for musical help.

He says, "I'd show up, do my work and leave before I could see the blood coming out of the walls "If there were spirits in Houdini's old house they were benevolent.

"We came out with some great songs so they must have helped us. And we did have a pretty epic Halloween party there."

Of course, we won’t tell Mr. Levine that the house in which he was recording is not actually the property known as the “Houdini Mansion.” (The Red Hot Chili Peppers also recorded in this house and also believed it to be Houdini’s former home.) Nor will we tell him the sprawling gated property across the street -- which is known as the “Houdini Mansion” -- was never actually owned nor occupied by the great magician.

Now, Houdini did rent a smaller house in Laurel Canyon, which sat between these two properties, while he filmed his two silent movies for Paramount-Lasky. After his death, Bess Houdini later lived in that same house with Ed Saint for a time. But according to local Houdini expert Patrick Culliton, the house was demolished when the bluff on which it sat was graded back to widen Laurel Canyon Boulevard in the 1960s.

But we won’t tell anyone. Rock on!