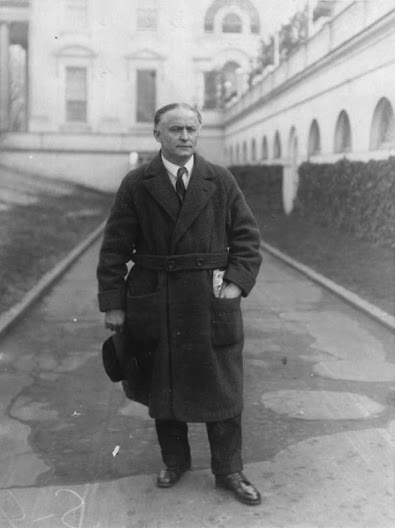 Thanks to reader Mike Castle, we can now firmly establish that the above picture is not the last photo ever taken of Houdini at McGill University in 1926, as was claimed in a recent eBay auction. This is actually a photo of Houdini posing outside the White House in Washington D.C.

Check out the postcard below. There can be no doubt that Houdini is standing in the pathway of the West Wing at approximately the area of the red dot (determined by counting off 12 windows along the wing).


This suggests the photo was taken in either February or May of 1926 when Houdini traveled to the capitol to testify before Congress on a bill to outlaw fortune telling in the District of Columbia.

But this hardly takes the shine off this image. Sure, it isn’t Houdini’s “last photo.” But it is the only image I know of showing the master magician at the White House.

UPDATE: It's likey this was taken on Wednesday, May 19, 1926, when Houdini visited the White House to deliver an affidavit related to his congressional testimony to Everett Sanders, secretary to President Coolidge.
Written by John Cox at 8:58 AM