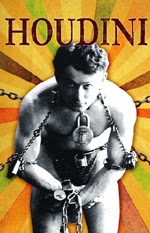 A new musical entitled Houdini opens at the The Leonor and Alvin Segal Theatre in Montreal, February 10 through March 2, 2008. The play is directed by the Segal's Artistic and Executive Director, Bryna Wasserman, written by playwright Ben Gonsher, set to music and lyrics by Cote- St. Luc resident Elan Kunin, and performed by a six-member band of local musicians.

Wasserman had directed The Great Houdini, a Yiddish musical in 2000, but the goal was to always adapt it for a wider audience.

“I'm having a massive theatre production performed on the same stage where I grew up performing in Yiddish productions,” says Gonshor. “West End residents should be proud of the fact that quality local theatre is being produced in their own backyards; this isn't a Toronto production or a Broadway show touring the country; it's a locally written, directed, produced and performed show. People should support it and come out.”

“At the end of it all however, Houdini is a musical and is meant as entertainment and everyone involved in the production hopes that people embrace it because they leave the show having gotten their money's worth.”

The Leonor and Alvin Segal Theatre, The Montreal Highlights Festival and Ernst & Young present Houdini from February 10 - March 2. For tickets and/or information, you can call the Box Office at 514-739-7944 or Admission at 514-790-1245. You can also log on to: www.segalcentre.org. The Segal Centre for Performing Arts at the Saidye is located at 5170 Cote Ste. Catherine Rd. 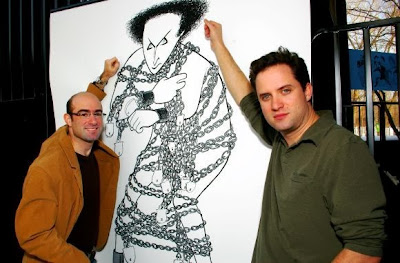 Source: The Chronicle.
Written by John Cox at 1:11 PM