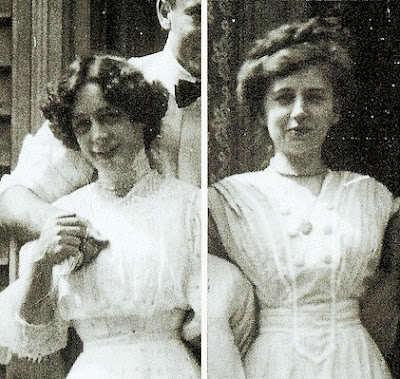 Probably the most incredible experience any Houdini buff can have is talking to someone who actually knew Harry and Bess Houdini. But with the passing of Dorothy Young in 2010, the last living connection to Houdini appears to be gone. That's why what I have to share below is, I believe, the most extraordinary thing I've ever posted on this blog. Because here you can have that very experience!

A few months back Jon Oliver provided me with audio of Bess Houdini's sister, Marie Hinson (Rahner), being interviewed by Stanley Palm around 1980. The Houdinis were very close with Marie and her husband John aka "Pop." In fact, Houdini paid for their wedding in 1911. In this amazing interview Marie (who passed away in 1982 at age 95) talks in great detail about her sister and famous brother-in-law.

I've excerpted four strong sections, each longer than the last, concluding with the most intimate recollection of Bess Houdini ever to be made public. This is as close as one can get to the real Harry and Bess Houdini!

So click below and meet a women who knew the real Harry and Bess Houdini and has stories that, as Stanley Palm says in the first installment, "Aren't in any of the books." Enjoy.

Read: Marie Hinson on Edward Saint: "He was the man who said 'no'." 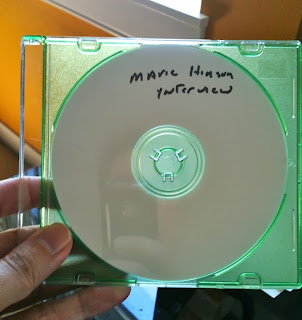 A very big THANK YOU to Jon Oliver and Stanley Palm for making this possible. Also thanks to John C. Hinson and the Hinson family for allowing me to share these extraordinary memories from an extraordinary lady.