This original publicity photo from the 1953 film HOUDINI starring Tony Curtis and Janet Leigh recently sold on eBay for a respectable $57.00.

The photo depicts Tony Curtis as Houdini performing the famous Milk Can escape. However, what makes this photo especially interesting is the milk can escape DOES NOT appear in the final film. Yep, this is a rare shot of a cut scene from HOUDINI. 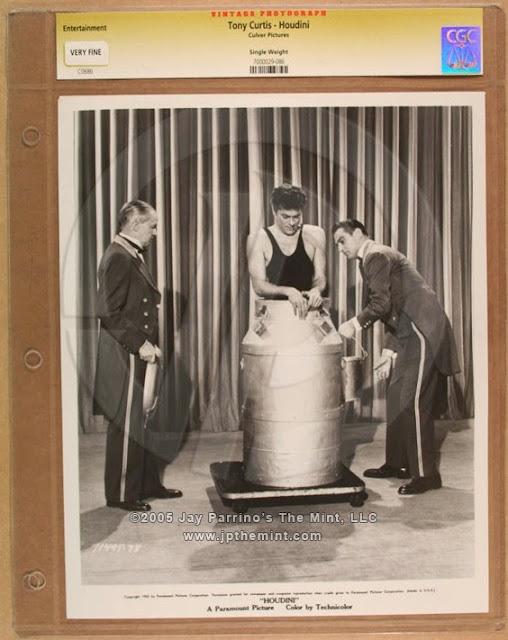