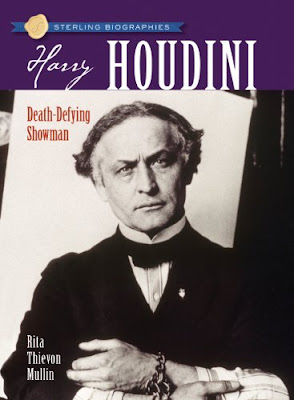 With his seemingly impossible escapes and incredible feats of illusion, Harry Houdini lived a life so fantastic that it seems almost too amazing even for fiction. Beyond his on-stage magic, Houdini also made his mark as an airplane pioneer, movie star, and debunker of frauds. His renown extended from his childhood home in Appleton, Wisconsin to Europe to Sydney, Australia. Children will thrill as they read about his seemingly superhuman successes—including when Houdini, hanging by his ankles and wrapped in a straightjacket, managed to free himself in less than three minutes. The biography also delves into Houdini’s impoverished childhood, his close relationship with his family, his start in show business—and how he managed some of his famous tricks.