A new one-sheet for Death Defying Acts starring Guy Pearce and Catherine Zeta-Jones has appeared over at the Myriad Pictures website. You’d never know this was a movie about Houdini, would ya? 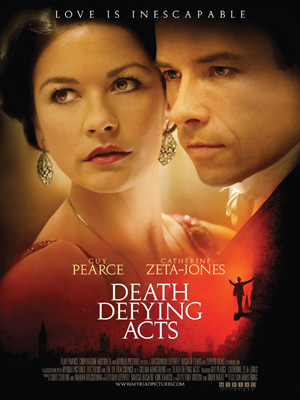 Death Defying Acts is a “supernatural romantic thriller” that tells the fictional story of Houdini’s relationship with a Scottish psychic played by Zeta Jones. It will be released by The Weinstein Co. sometime in 2007.
Written by John Cox at 5:37 PM