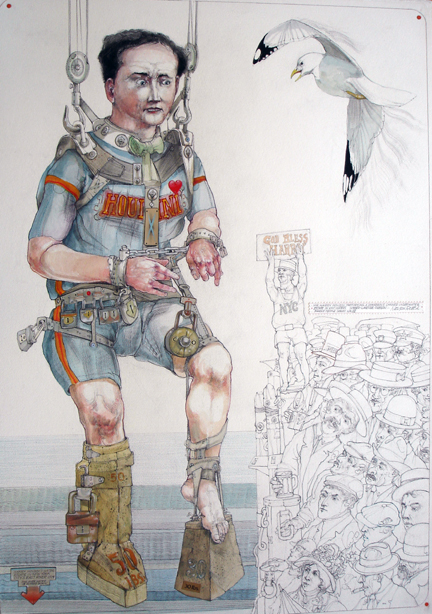 Nelson’s work has been the subject of over one hundred and fifty one-man shows in Philadelphia, Washington and elsewhere. His art has been included in prime contemporary exhibitions in Washington, Los Angeles, San Francisco, Philadelphia and Chicago. He was also awarded the Cezanne medal from the government of France in 1961.