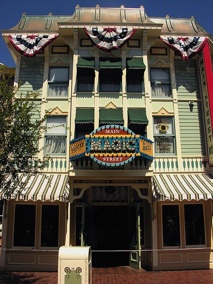 The shop closed Sunday so the store could be remodeled for Houdini’s takeover.

But even before it closed, the shop had lost its magic. Only generic Disney merchandise sat on the shelves in recent months, blogger Sally French reported.

Magic shops have a long tradition in Disneyland.

While Disneyland has run the Main Street shop since 1965, it was previously run by an outside operator.

Houdini’s was selected because of its strong reputation and the fact that it holds rights to key magic tricks, said David Gill, a Disneyland spokesman. Plus, Houdini’s will employ certified magicians to do tricks for guests inside the shop.

Houdini’s has run shops since 1983 and has locations in 10 spots, including a kiosk at Downtown Disney.

“I’ve had a passion for magic since I was a young boy. I am thrilled to be able to share my enthusiasm with Disney guests from around the globe,” said founder Geno Munari in a prepared statement.

The magic shop employees were moved to other stores during the remodeling.

by Sarah Tully, Orange County Register
Written by John Cox at 10:13 AM