Our friend Bill Mullins has uncovered a new candidate for Houdini's first known police station handcuff escape. The below clipping from the Worcester Daily Spy includes a great description of the American Gaiety Girls performance on November 14, 1895, including how Houdini dealt with a "fresh" volunteer. The final paragraph mentions the station house escape on that same day. This is a week before our other candidate. 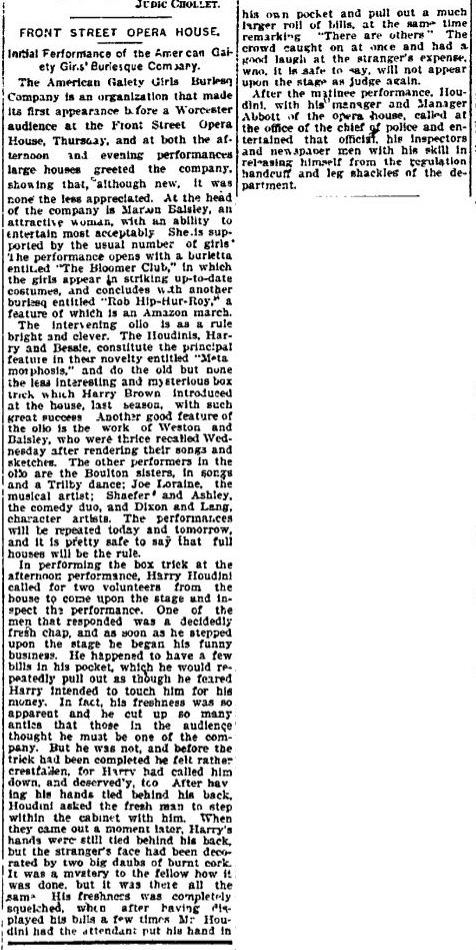 It would be poetic if this was Houdini's first such publicity stunt as Worcester was also the site of his last known publicity stunt in 1926 (the Summerfield's Department Store test). In fact, Worcester seems to have been a place where Houdini tried many firsts, including his Buried Alive.