The Jewish Museum of Maryland will screen the 2014 Houdini Miniseries on Christmas Day as part of their Inescapable: The Life and Legacy of Harry Houdini exhibition programing. 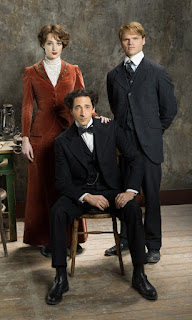 Follow the man behind the magic as he finds fame, engages in espionage, battles spiritualists and encounters the greatest names of the era, from U.S. presidents to Sir Arthur Conan Doyle and Grigori Rasputin. Houdini stars Adrien Brody, Kristen Connolly, and Evan Jones.


Inescapable: The Life and Legacy of Harry Houdini runs through January 21, 2019. For more information visit the JMM website.