In what must be a record for a signed Houdini book, a copy of The Unmasking of Robert-Houdin inscribed by Houdini to his friend Chung Ling Soo blew past its $4,000 - $8,000 estimate and sold for a whopping $26,400 (including 20% commission) in this weekend's Potter & Potter magic auction. 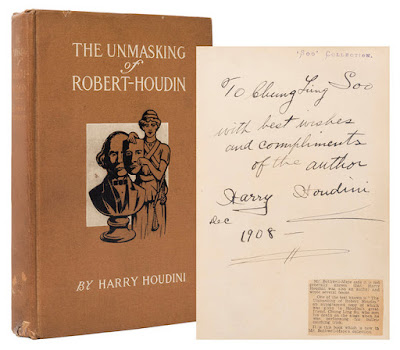 All the Houdini lots were red hot. A signed playing card sold for a stunning $11,400. A pair of gaffed Peerless handcuffs from the Wresch collection took in $13,200. A production baby said to have belonged to Houdini in his early days sold for $7,800. A collection of Dai Vernon's own mementos of the night he famously fooled Houdini at the Grand National Hotel in Chicago sold for $6000. 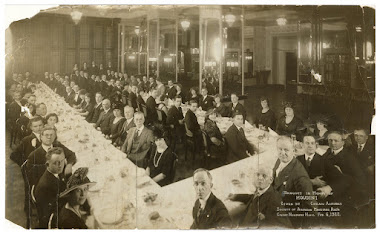 The auction also included a program for Houdini's last appearance at the Garrick Theater in Detroit in October 1926. That topped out at $7,200. This is likely another record for an unsigned program.