Was Houdini about to retire the Water Torture Cell? 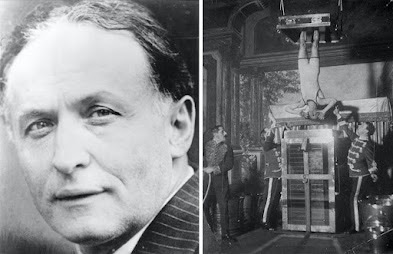 Here's an interesting detail from a review of Houdini's "3 Shows in One" at the Shubert Theater in Cincinnati in September 1925.
It's somehow surprising to hear Houdini make a reference to his advancing age on stage. But what a good way to create in some extra tension. I also think he was sincere and was looking to replace the USD with a new second act escape. Sid Radner claimed it was to be his unnamed nest of boxes escape. But when Houdini embarked on what would be his final "3 Shows in One" tour the following year, he introduced his Buried Alive escape in Boston and Worcester.
But then the Water Torture Cell returned and was still his go-to escape at the time of his death. So I guess we'll never know if or when Houdini would have finally retired the USD.