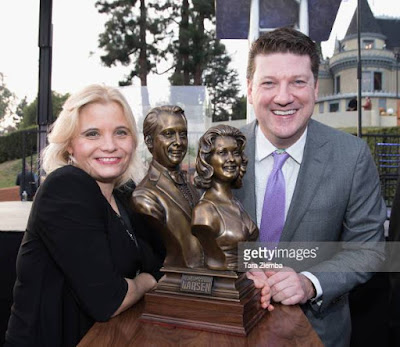 I promise this is NOT an April Fools joke.
In today's AMA newsletter, Erika Larsen officially announced that Randy Pitchford, Gearbox CEO, Cardini relation, and long-time magic enthusiast, has purchased The Magic Castle in Hollywood. This is sensational news. As you may or may not know, the Academy of Magical Arts only leased their iconic clubhouse from the Glover family, and there was constant fear that one day the family would decide sell the building and the adjacent land to developers. But that fear is now gone! Here, in part, is what Erika had to share:

Randy Pitchford is a creative visionary, a strategic mastermind and an exceptionally nice guy. His love for magic and the Magic Castle, his business savvy, his generosity and his unbridled enthusiasm are exactly what is needed to revive the spirit of the Magic Castle and keep the place thriving for generations to come.
While the details are still being ironed out, soon an entity will be formed which will own the property, including the Magic Castle Hotel, as well as MCI’s Academy of Magical Arts proprietorship of the Magic Castle trademarks.
This will be the first time in history that the whole, collective real estate, and The Magic Castle will be owned by the same entity! And, since Randy already owns Genii Magazine, it can be reunited as well. So exciting!

You may recall that Randy and Kristy Pitchford--who were married in the Castle in 1997--also own Bess Houdini's brooch, which was given by Bess to Gerrie Larsen. So now they own two family treasures!
Congratulations and THANK YOU Randy and Kristy for ensuring that The Magic Castle will be around for generations to come.
UPDATE: You can now read the official press release HERE.