The Afterlife Adventures of Harry Houdini 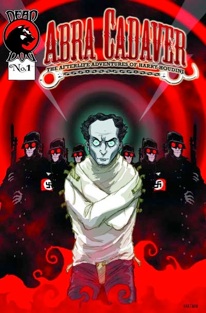 A new Houdini graphic novel, Abra Cadaver: The Afterlife Adventures of Harry Houdini, is coming soon from Dead Dog Entertainment. The story finds Houdini plunged into the pits of hell where he must battle the devil to escape.

Abra Cadaver: The Afterlife Adventures of Harry Houdini is written by Dwight L. MacPherson with art by Drew Rausch. The book was originally planned as a four part mini-series, but now all four parts will be consolidated in a magazine format and published together as a "Cryptic Magazine Presents" available at all major bookstores and comic shops.

A preview of the comic can be found at newsarama.com. For more information, visit the Abra Cadaver official myspace page. 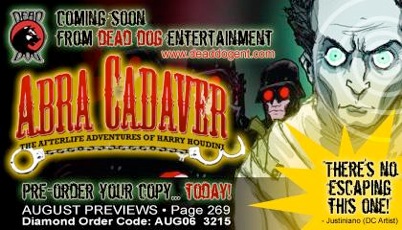