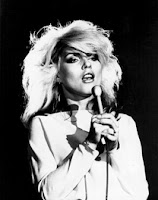 Houdini buffs are well familiar with the song, Rosabelle, and the significance it held for the Houdinis. Legend has it Bessie was signing this song when Harry first laid eyes on her in Coney Island in 1894. It became “their song.” (Never mind that it is actually a love song for an abandoned child with an incestuous twist.)

Rosabelle is a pretty yet haunting song that definitely conjures the spirit of a by-gone age. But did you know Deborah Harry of Blondie fame and Penn Jillette of Penn & Teller recorded a duet of the song in 1999? I actually recall Penn & Teller performing this as part of their act at the MGM Grand in the ‘90s.

The song appears on the album Tattoo Of Blood

by The Captain Howdy. An MP3 can purchased on Amazon.com