Did Houdini’s Voisin land in the hands of Chung Ling Soo? 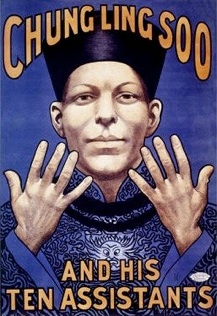 Lions Club President Rob Mackay reports on an interesting development in the search for Houdini’s lost Voisin biplane, which is being conducted in anticipation of next year’s centenary celebrations of Houdini's first flight in Diggers Rest.

Is it possible the plane wound up in the possession of magician and aviation enthusiast William Robinson a.k.a. Chung Ling Soo? Rob reports:

"Harry Houdini shipped his biplane to England and never flew again. That year John Bevins Moisant, famous for his barnstorming, crashed a plane and so Houdini offered to help repair the damages by volunteering a replacement propeller and biplane for GRATIS. In December 1910 John Bevins Moisant died by crashing another plane.

The biplane was held in storage until 1913, when a gentleman named, “Donald Stevenson” picked it up from the warehouse. Stevenson then sold it to another aviation enthusiast, who it is believed to be Chung Ling Soo, known, from a technical viewpoint, as the greatest magician of all time. Although Chung Ling Soo acted as a Chinese man, he was an Englishman named, William Ellsworth Robinson. He was also fascinated with planes and created the first model plane factory in the world."


The intriguing connection was uncovered by a tipster who discovered that Donald Stevenson, who was a magician and engineer, worked in Robinson's workshop behind the magician’s home, sharing expenses. When Robinson wanted help with his magic effects, Stevenson billed him for his time. Robinson's house was a large three story brick mansion that comprised two addresses at 48 and 50 Lonsdale Road in London. Both men had a fascination with aviation and model plane building.

So if the Voisin found its way into the Soo/Stevenson magic and aviation collection, what happened to it after Robinson’s untimely death? 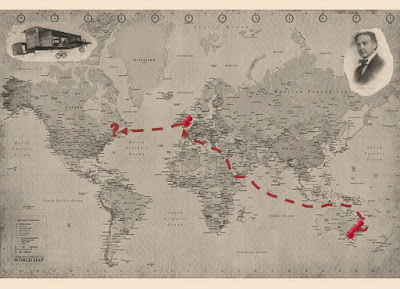