The search for Houdini’s biplane is on! 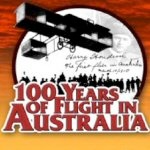 As part of the Centenary celebrations of Houdini’s first flight in Australia, the Lions Club and Diggers Rest are launching a serious attempt to locate Houdini’s lost Voison biplane -- or at least discover exactly what happened to it.

A “treasure hunt” has been launched at the impressive new Diggers Rest Houdini website asking readers to contribute information or tips that can help track the Voison following Houdini’s historic first Australian flight on March 18, 1910. A map and timeline is being created with the hopes of tracking the plane to its final destination.

Whoever is the first person to e-mail the location of the original biplane will win a bottle of Houdini Pinot Noir wine.

Regardless of the outcome (the Lions Club tried to find the biplane twenty years ago when they celebrated the 80th anniversary of flight), Houdini’s Voison WILL make an appearance at the Diggers Rest Centennial celebrations in the form of a one-third scale model constructed by local resident Ian Satur. 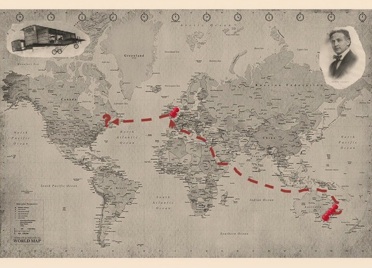