I recently found this in a folder of Houdini artwork that I've randomly saved from the internet. I don't know anything about it, other than the file name reads: "Oil paining by Werner Dornfield." Dornfield was also known as the magician "Dorny" (1892-1982). He was a past president and Dean of the S.A.M. I really like this as it's rare to see artists using the older Houdini as their subject. Dorny also knew Houdini personally, so I think we can trust the eye color. 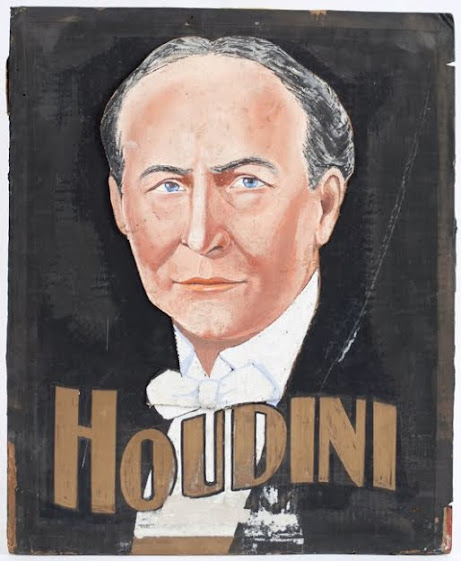 As I said, I don't recall where I got this and I don't know who owns this painting today. So if this belongs to you and you want credit or prefer it not be shared on WAH, just shoot me an email and I'll make it disappear!