Today sees the opening in Los Angeles of the new documentary Tim's Vermeer produced by Penn & Teller and directed by Teller. Reviews are stellar with a 93% on Rotten Tomatoes. So I thought this was a good day to share my own painting mystery -- what we might call, "Stan's Houdini." 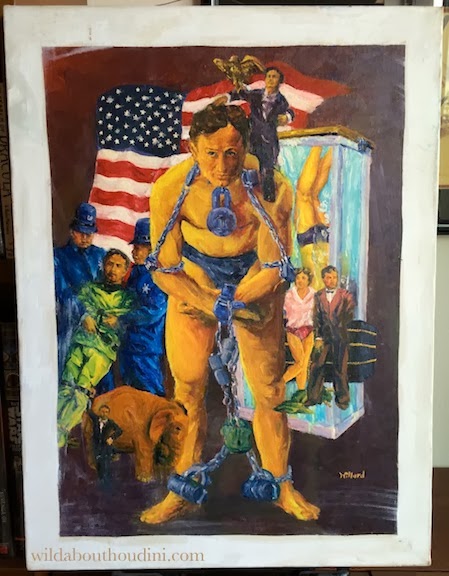 I bought this on eBay back in 2006. The auction gave no details, but I thought it was good enough that it could be unused cover art for a Houdini book, maybe early art for the "Childhood of American Heroes" series (hence the emphasis on the American flag). When I received it, I discovered writing on the back that showed it was painted by "Stan Willard" and that it had won "2nd Place, B.V. Art Fair, May 17, 1972." 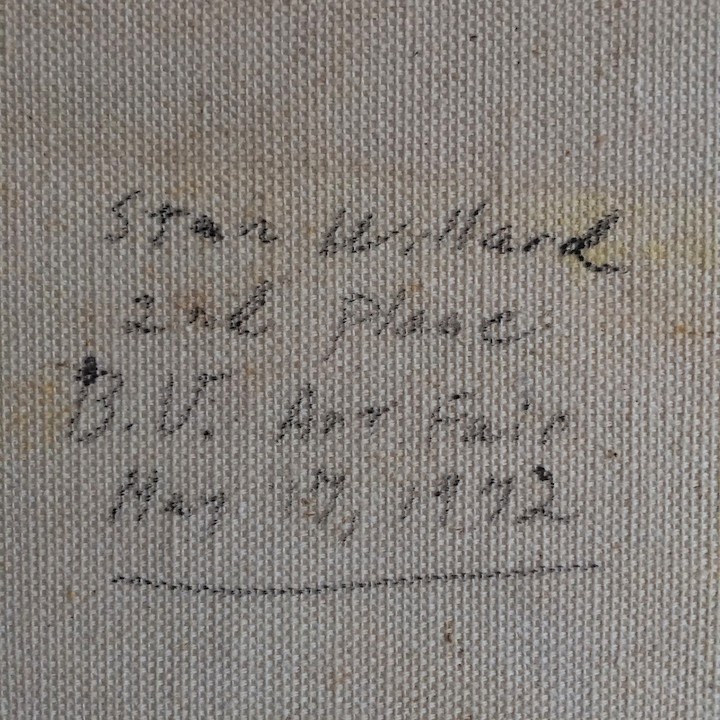 So not book cover art. But in it's own way, just a special. I now think of this as a piece of Houdini-themed American folk art that wonderfully celebrates the Master Mystifier. It now lives atop my Houdini bookcases.

But the mystery remains. Who exactly was Stan Willard and is there more to the story of his Houdini painting? If anyone out there knows, I'd love to hear from you.
Written by John Cox at 10:28 AM