Recently I was having a conversation with the great Jim Steinmeyer who brought up Houdini's "Walking Through the North Pole" illusion. I had to admit I had never heard of this! So Jim wrote up a terrific overview of this mysterious Houdini effect, which I'm excited to share today. Enjoy! 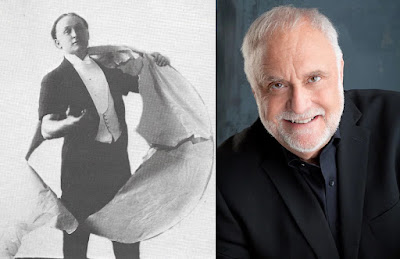 IS THIS HOUDINI’S LAST ILLUSION?
by Jim Steinmeyer

In the June 1926 Sphinx, Max Holden described the Banquet of the Society of American Magicians which had been held on June 4, 1926, at the McAlpin Hotel in New York City.

In it, he described a trick that, it seems, was Houdini’s last creation, an unusual illusion. Houdini called it Walking Through the North Pole.

"Harry Houdini next presented an illusion with two bare wood tables in the routh [“rough"?], and a piece of pole. He said it represents the North Pole. A dainty little miss was placed on one table, a screen placed round table; likewise a screen was placed around other table, and on screens being removed there was the dainty miss on the other table. After seeing Rubini, nothing is impossible, and how that dainty miss traveled invisibly through the air over that North Pole is beyond me. Miss Horwitz is the dainty miss, a daughter of my friend Sam. Maybe he will satisfy my curiosity."

(Rubini was a mindreader who had just appeared on the show and impressed the magicians with his feats. Sam Horowitz produced the S.A.M. shows, so presumably Houdini recruited his daughter to help.)

Not everyone was as complimentary as Holden. Two other reviewers added sparse details. The MUM publication for July 1926 noted the illusion very briefly:

"[Next on the show was] Houdini, presenting his new illusion, ‘Walking through the North Pole.’”

An article in Billboard described the performance this way:

"Houdini’s latest illusion [is] called * “Walking Thru the North Pole”. In full view of the audience he somehow man­aged to transfer a little girl from a table at one end of the log, which represented the North Pole, to a table at the other end.”

Notice that Billboard’s reviewer categorized the pole as more of a log.

But the most definitive judgment may have been years later. Writing about his friend and associate Harry Houdini, the great magician, Servais LeRoy, used the North Pole trick as an example of Houdini’s poor judgment with illusions. 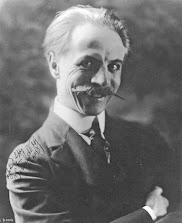 “[Houdini] had a pleasing stage presence but was in no sense a finished magician, although this detail never seemed to trouble him. His dexterity was out of the ordinary but never reached great heights. As an illusionist he never left the common place; his illusions were anything but subtle. His escapes were incomparable. I frequently wondered at the indifference of the one and the perfection of the other, and finally was forced to the conclusion that his want of originality was the answer. Using other men’s ideas, he was unable to improve on the original and was forced to let it go at that, or produce something still weaker. His illusion of the North Pole (shown at the meeting of the Society of American Magicians Annual Banquet, 1926) was an example. The Vanishing Elephant was another. Both were perfect in their utter weakness. On the other hand, the problems and stunts he was fond of showing in private or semi-privately were perfectly done; the whole informality and apparent impromptu performance suited his unusual style."

As a fan of both LeRoy and Houdini, allow me to make a few observations about this criticism. LeRoy was legendary as an artistic illusionist, someone whose performances were perfect and mystifying, and he should be remembered as one of the greatest inventors of illusions in our history. He also writes honestly and insightfully, giving us a look at his taste and understanding of magic. But, like a lot of his contemporaries, he seemed to be frustrated by Houdini.

Still, LeRoy was wrong about dismissing Houdini’s innovations, for Houdini distinguished himself by inventing an entirely new class of illusions, called escapes. And, as LeRoy wrote, “His escapes were incomparable.” Houdini was not the finished, classical magician that LeRoy idealized, and he did not share LeRoy’s taste for stage illusions or innovative techniques. This really is an example of two incredible innovators—so very different—who couldn’t understand each other.

So where does that leave the Walking through the North Pole illusion?

Holden seems to describe a pole that connects the tables horizontally, as the lady supposedly travels “over it, invisibly.” But the action of the trick isn’t clear. The MUM and Billboard describe that the idea was a girl walking “through” the pole, and Billboard suggests that it was more like a long log. Presumably, the pole was used to connect the tables, either from tabletop to tabletop, or along the floor.

I have my own theories about it, and would hope, at some point, to try those out in a demonstration or a recreation. But the premise of the lady traveling invisibly over the pole, or through the pole, isn’t really a clear, interesting, or magical image. The North Pole would have been a topical effect in 1926, with recent headlines about Byrd and other explorers. But even that doesn’t quite work. The legendary North Pole suggests, of course, some sort of fanciful pole standing upright in the frozen tundra, not Houdini’s horizontal pole between two tables.

It’s worth noting that in England, Devant had briefly presented another North Pole illusion years earlier, tying it to topical explorations. He used an upright pole and the illusion was the transformation of a man to a polar bear!

And so, Houdini’s last illusion, given a topical name but a muddled plot, was exactly the sort of thing that inspired LeRoy’s criticism. Still, we have to admit, Houdini has us with a real mystery. With the apparatus long gone, with most in the audience shrugging off the mystery, it’s unlikely we’ll ever fully understand Houdini’s North Pole mystery.

UPDATE: Jim continues his investigation of this effect at his own blog. Check out: WHAT WE HIDE: HOUDINI’S FINAL ILLUSION.