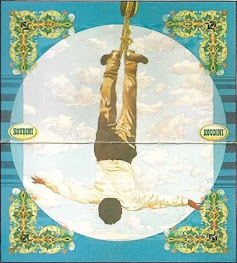 In 2014 I did a post about Houdini's suspended straitjacket escape in Indianapolis on April 2, 1925. At the time I said it was his last known such escape, and it has held that distinction all these years. But that changes today!
In December 1925 Houdini brought his "3 Shows in One" to Worcester, Massachusetts. On December 9th he did a suspended straitjacket escape from the C.T. Sherer Co. building on Front Street. This is not only the last suspended straitjacket escape that I've found, but it's also the only one during his "3 Shows in One" tours. Before this I would have told you the iconic outdoor stunt belonged solely to his vaudeville days. But Houdini surprises again!
The C.T. Sherer Co. was located at 50 Front Street. While the store is long gone, the building, know as the Winsor Building, remains. So is this where Houdini last hung? It is until we find another. 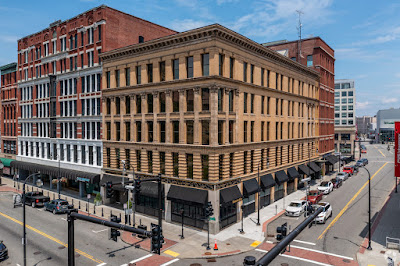 It's worth noting that Worcester is currently the site of Houdini's first known police station test on November 14, 1895. And when Houdini returned to Worcester in 1926, he did an air-tight casket test at the Summerfield's Department store. That is his last known outdoor stunt of any kind. So Worcester is full of Houdini milestones!
Thanks to Bill Mullins for the clipping.

Email ThisBlogThis!Share to TwitterShare to FacebookShare to Pinterest
Tags: [History], 1925, 3 Shows in One, Outdoor stunts, Straitjacket (suspended), Then and Now