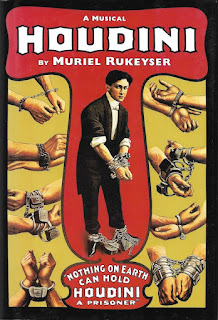 The Muriel Rukeyser Living Archive has organized four staged readings this month of Rukeyser’s 1973 musical play, Houdini. Elisabeth Daumer, professor of English and women's and gender studies at EMU, says she hopes this will offer a way for people to rediscover Rukeyser's work.
"I believe this is the right play for the pandemic and for what's happening in our country," Daumer says. "The question of, 'What is freedom?' is so fundamental right now."
Below is the schedule of readings. For more information visit the official website.

March 20, 2pm. Sponberg Theatre, Eastern Michigan University, Ypsilanti, MI.
This event will be live streamed, preceded by a webinar, at 11am, featuring Rukeyser experts Jan Freeman and Stefania Heim and Houdini expert Matthew Solomon. Registration.
March 24, 7pm. Riverside Arts Center, Ypsilanti, MI.
In collaboration with YpsiWrites, a writing-focused non-profit serving the Ypsilanti area, this event will be accompanied by a Poetry Wall and other activities geared toward a younger Southeast Michigan audience.
March 26, 8pm, and March 27, 3pm. Matrix Theatre, Detroit, MI.
These events will be followed by conversations between the director, actors, and audience. Directed by EMU Theatre Professor Lee Stille, Rukeyser’s Houdini will be performed by the talented actors of EMU’s Theatre Program.

Houdini by Muriel Rukeyser was originally published by Paris Press and is currently available from Wesleyan University Press. 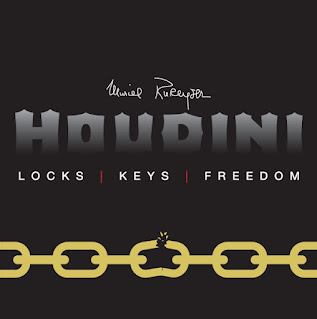