Houdini's nurse and a new case for murder? 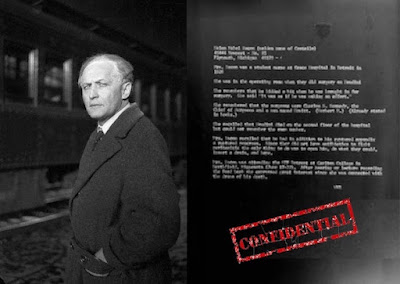 Over the holidays I was privy to some new information, backed by documentation, that has me re-examining my long-standing skepticism when it comes to the question of whether Houdini was murdered. I now believe there is a possibility Houdini was a victim of foul play. But before I get into it, let's look at the problems I've always had with past murder theories.
Past theories
Houdini died from streptococcal peritonitis, an infection caused by leakage or a hole in the intestines. In Houdini's case, his appendix had ruptured, either because of a blow to the stomach or a case of appendicitis that was not treated in time (not debating that here). Before the discovery of antibiotics, peritonitis was almost always fatal, and it was for Houdini who died on Halloween 1926.
Most of the Houdini murder conspiracies have focused on the possibility of poisoning. When the now infamous exhumation was proposed in 2007, the reason was to test for poisoning. But as I understand it, there is no poison that can cause appendicitis.
To get around this inconvenient medical fact, murder theorists must shift to a post-operative poisoning. They claim Houdini's own doctors conspired to murder him, and in his final days injected him with a toxic mystery serum. (This despite the fact that he would have died from peritonitis anyway.) None of this is fact based. It's pure conspiracy theory that might make for good television, but it's bad history. As for the idea that J. Gordon Whitehead was a "ninja" who knew exactly how to deliver a "death blow" to Houdini...well, if you believe that one you should be running the History channel.
Poisoning possibilities
Now, I have no problem believing Houdini had enemies who wanted to see him dead. His campaign against fake spirit mediums was getting hot in 1926. He was provoking both criminals who feared for their rackets and religious fanatics who felt he was driving a wedge between the human and spirit world. Certainly among these people would have been individuals dangerous enough to cause Houdini harm.
I also have no problem believing they might have tried. While in Providence, Bess came down with a bad case of ptomaine poisoning after a meal at the Waldorf Hotel. There are also reports of Houdini appearing ill before the punch from Whitehead. So is it possible a cabal of spiritualists were spiking Houdini's food at every opportunity? Maybe not enough to kill him, but enough to make him ill and cancel his tour? Yes, I think that's absolutely possible.
But all this doesn't mean anything because, again, there is no poison that can cause appendicitis. So here we are back facing a medical fact that doesn't allow us to move forward on any fact-based murder theory. And that is why I have always been a skeptic.
Then I had a conversation with William Rauscher.
Enter Houdini's nurse 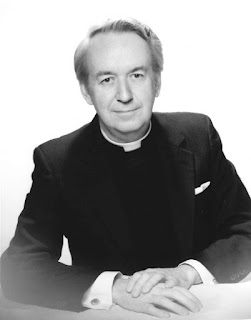 William V. Rauscher is a name that most will be familiar with. He is a reverend, magician, paranormal investigator and the author of many books, including a biography of Arthur Ford, The Man Who Talked With The Dead, a recent book about Hardeen, and The Houdini Code Mystery. He even did a guest blog here on WILD ABOUT HARRY. Bill Rauscher is a legend in the world of magic and the paranormal. So when a mutual friend, Tom Ewing, suggested I give Bill a call to learn the details of an amazing meeting he had many years ago, I was happy to! Here's the story Bill told me.
In 1973, Bill gave a lecture on Houdini at the 5th annual Spiritual Frontiers Fellowship retreat at Carleton College in Northfield, Minnesota. After the lecture he was approached by a woman who was excited to speak with him as she had first-hand knowledge of Houdini's final illness. Her name was Helen Mable Bacon (maiden name Costello) and she was a student nurse at Grace Hospital when Houdini arrived there in 1926. In fact, she was in the operating room!
Helen shared a handful of recollections, such as that Houdini "kidded a bit when he was brought in for surgery." Bill typed up notes on their conversation and shared those notes with me. They consist of seven paragraphs. Some of the information is familiar, some of it is new. But it was this sentence that really caught my attention:

Mrs. Bacon recalled that he had in addition to his ruptured appendix a ruptured pancreas.

So it's conceivable that Whitehead's blows (abdominal trauma) could have caused the rupture. But people have enough trouble believing Whitehead's blows could have ruptured Houdini's appendix. To believe it ruptured both his appendix and pancreas is an even further stretch, ninja or not!
But also notice that pancreatitis can cause a rupture to the pancreas. This seems more plausible. I also found a 2016 case report from the Digestive Disease Research Centre at Tehran University of Medical Sciences that suggests appendicitis can be "a complication of acute pancreatitis." So if Houdini had a ruptured pancreas, it is conceivable that his root illness was actually pancreatitis.
Here's the obvious question. Can poison cause pancreatitis? It doesn't take much of a Google search to come up with that answer:

So here we have a path, paved with medical evidence, that Houdini's final illness could have been brought on by poisoning. Had I known about this in 2007, I might have felt very differently about the proposed exhumation. Arsenic was one of the poisons they were going to test for as traces of it can be found in bones and hair.
I'm sure you all have the obvious questions. Why would Houdini's death certificate not mention his ruptured pancreas? I don't know. Are there any hospital records that say Houdini had a ruptured pancreas? No hospital records survive, so we don't know. Why has no one mentioned this until now? Actually, Bill Rauscher did mention this on page 114 of his book The Houdini Code Mystery, a book I read on release in 2000. But at that time I didn't grasp the significance, and I'm betting it slipped past others as well.
I should also note that when Bill told me about his meeting, we didn't talk about murder. For Bill, the existence of this nurse was the real story. I'm the mad man who picked up on the ruptured pancreas as a revelatory piece of information. I should also point out that in his book Bill says he doesn't believe Houdini was murdered, "though a few careful students of the subject disagree."
So there we go. We now have a theory that doesn't involve homicidal surgeons, mystery serums, or ninjas. It's a theory based on an eyewitness and supported with medical facts. I'm not arguing for it. I just wanted to lay it out as best I can. Unless we again want to talk about exhumation, this may only be another theory that can never be proven. But it is one I can get behind. 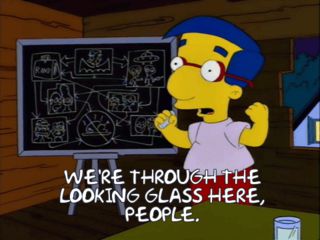 Want more? William Rauscher has graciously given me permission to share his original notes from his meeting with the nurse on my Patreon, so you can read all she remembers about her encounter with Houdini in October 1926. I've also included some assorted research. This is for "Scholar" members and up. Just click below. 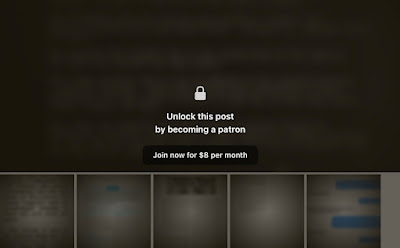 Thanks to Bill Rauscher and Tom Ewing for making WILD ABOUT HARRY a bit more wild today!