Comic creator, writer, and editor Dwight L. MacPherson is launching a new company, Hocus Pocus Comics, and among the first releases will be a follow-up (or reboot) of his successful 2008 comic, Kid Houdini and The Silver Dollar Misfits. 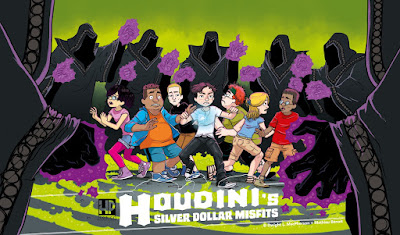 Hocus Pocus Comics’ second title, Houdini’s Silver Dollar Misfits, is described by MacPherson as “Harry Potter meets Gravity Falls.” The first issue will be released this spring, and it will feature a cover by David Hartman and interior art by Mathieu Benoit.


You can read more about Hocus Pocus Comics and their upcoming releases at Graphic Policy. Good luck Dwight!