Tony Oursler's Imponderable exhibition at MoMA in New York City, which had been scheduled to close on January 8, has now been extended to April 16. On display is Margery's original seance kimono and chair from the Libbet Crandon de Malamud Collection. This is the first time these rarities have even been publicly shown. The exhibition also includes some cases of Houdini memorabilia. 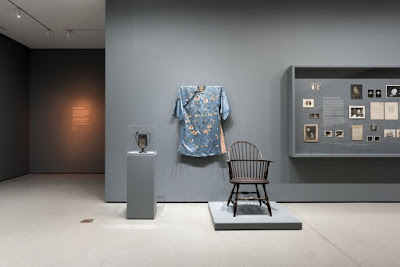 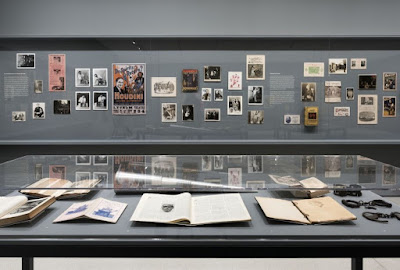 Tony Oursler is the grandson of Houdini's friend and colleague Fulton Oursler. His modernist film Imponderable, which is part of the exhibition, features Houdini (played by Mark Mitton), Sir Arthur Conan Doyle and Margery among others. His work and collection also appears in the book Imponderable: The Archives of Tony Oursler.