A magical visit to the workshop of John Gaughan

Last week I had the great pleasure of visiting the workshop of master illusion builder all around good guy John Gaughan. I went with Joe Posnanski, a National Columnist for NBC Sports and New York Times bestselling author of Paterno, who was in town researching a new book on Houdini. Joe's book will take a look at "Houdini and his impact on the today's world" and will be released in 2018. Definitely one I'm excited about, especially after getting to know Joe. 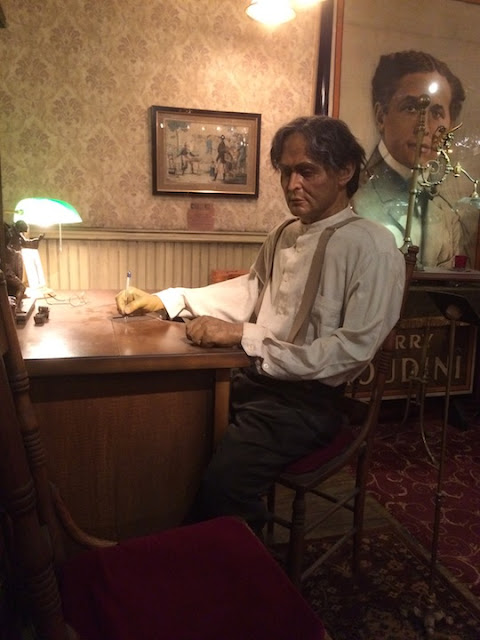 Among the many Houdini-related items in John's world class collection is his Houdini Automaton, who provides guests with a signature (Joe and I each got one). John also has the original Psycho, gifted to Houdini by Harry Kellar. John's famous Water Torture Cell reproduction is now a display case for his Houdini collectibles (including a scrapbook Houdini made of items related to his mother). Also on display is an original flower production table and a "Houdini for President" lithograph. And Q the Automaton was in the house (no pic, but you can see him here.) 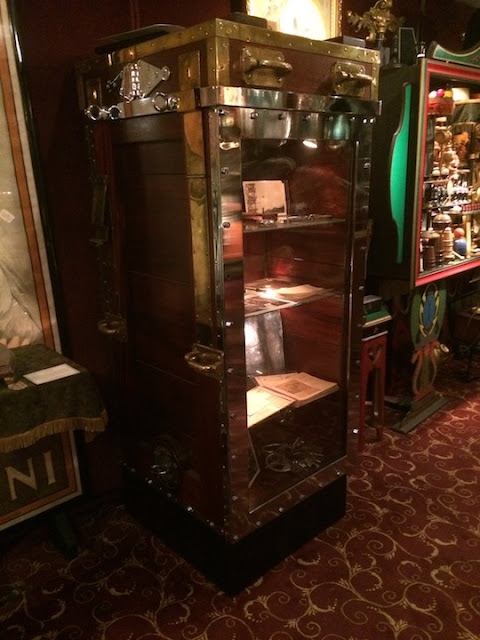 Hey, look, there an original Houdini traveling case up there! 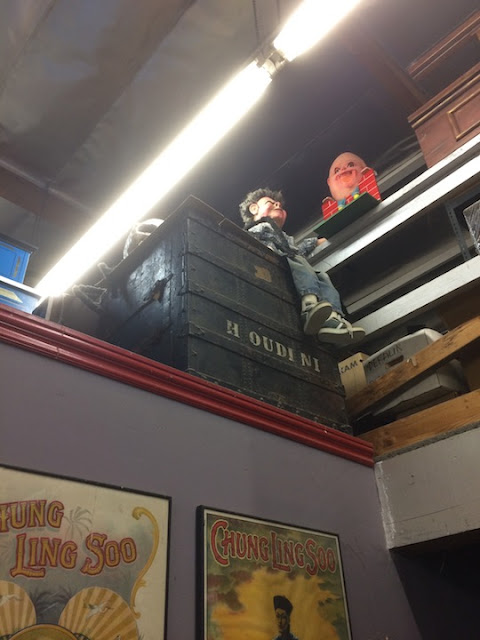 When we were leaving, John uncovered his working Water Torture Cell. This was originally made for the 1982 film The Escape Artist. It has since appeared in numerous television projects, including Young Harry Houdini. When the weather warms up, John offered to fill it and put me inside. Yes, please! 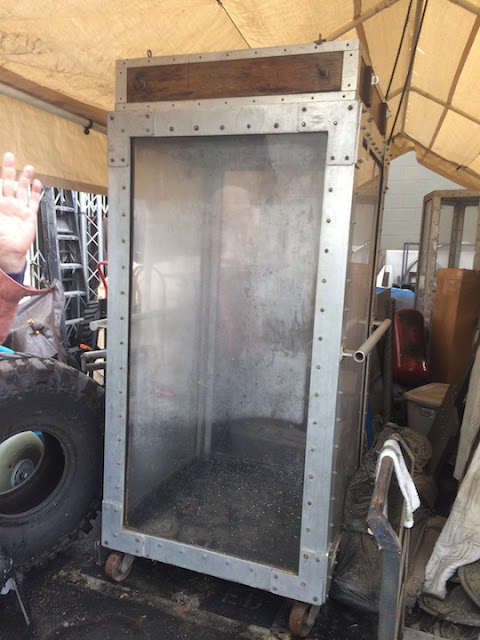 A big thanks to John Gaughan for the fantastic visit, and to Joe Posnanski for a great day talking non-stop about Houdini.

You can read about my first visit to John's shop, which included a nice Water Torture Cell surprise, HERE.