Before computer generated imagery (CGI), physical "matte paintings" were used in movies to create larger spaces and landscapes where there was none. The blog Matte Shot celebrates the lost art, and in post last year shared "a mammoth amount" of golden age matte paintings, including two by Jan Domela for Paramount's 1953 Houdini.

While I encourage you to click on over and view the entire post, here are the Houdini mattes as seen in the film. 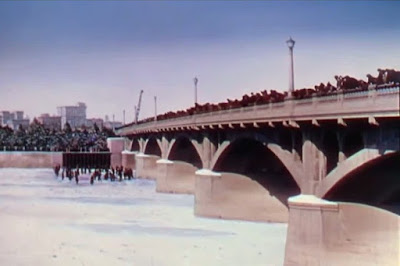 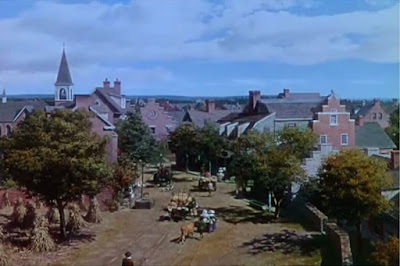 The first painting will be recognizable as the opening shot of Houdini's overboard box escape in the frozen Detroit River (1:19). Less recognizable the second image, which was used during the first "European success" montage (1:02).

Thanks to Peter at Matte Shot for letting me share these and to Bill Mullins for the tip.