Houdini will appear on the NBC series Timeless on Monday, January 16 at 10/9c. The episode is called "The World's Columbian Exposition" and is set during the 1893 Chicago World's Fair. Houdini is played by Michael Drayer (below). Here's the official synopsis. 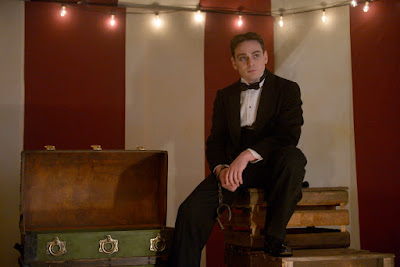 LUCY’S KIDNAPPED BY FLYNN AND TAKEN TO THE 1893 CHICAGO WORLD’S FAIR IN PURSUIT OF RITTENHOUSE, AND HARRY HOUDINI MAY BE THE ONLY PERSON WHO CAN SAVE HER. Lucy’s (Abigail Spencer) situation grows desperate after she’s taken captive by Flynn (Goran Visnjic) and brought to the 1893 Chicago World’s Fair. In their dogged pursuit of Lucy, Wyatt (Matt Lanter) and Rufus (Malcolm Barrett) fall into a sinister trap. Also starring Sakina Jaffrey, Paterson Joseph and Claudia Doumit. Guest starring Michael Drayer, Joel Johnstone, Chad Rook and Katherine Cunningham.


In regards to Houdini, they have their history right. Houdini did perform at the 1893 Chicago's Worlds Fair early in his career. Below is a photo of Houdini with his first performing partner Jacob Hyman said to have been taken at the fair. Eerily similar to the photo of Drayer, isn't it? 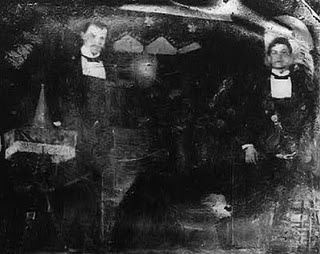 Timeless is about a team of time travelers who protect the present in the past. Episodes have featured Abraham Lincoln, Benedict Arnold and Bonnie & Clyde. A similar Spanish series, El Ministerio del Tiempo, aired their own Houdini episode last year.

UPDATE: There is actually very faint writing on the Harry and Jacob photo that notes it as being Middleton's Dime Museum in Chicago, so not the Fair.