'The Magician and the Spirits' to haunt in August

Heads up for yet another new Houdini book headed our way in 2017. The Magician and the Spirits by Deborah Noyes is aimed at middle school readers and will be published by Random House Viking on August 22. I have a proof in hand and the book is packed with photos (including one of Bess I've not seen in print before) and very nicely laid out. Description below. 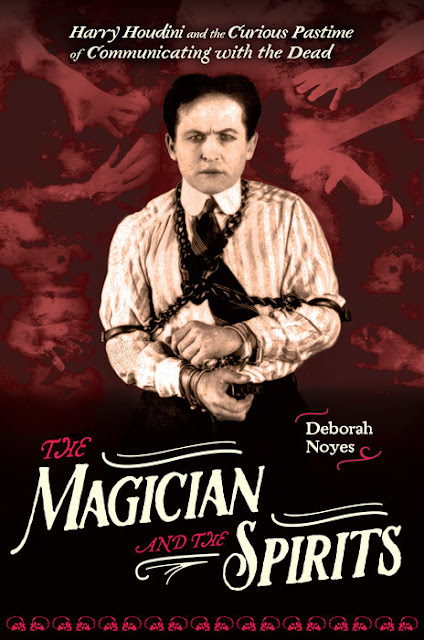 A century ago, the curious idea that spirits not only survive death but can be contacted on the “other side” was widespread. Psychic mediums led countless séances, claiming to connect the grieving with their lost relations through everything from frenzied trance writing to sticky expulsions of ectoplasm.

The craze caught Harry Houdini’s attention. Well-known by then as most renowned magician and escape artist, he began to investigate these spiritual phenomena. Are ghosts real? Can we communicate with them? Catch them in photographs? Or are all mediums “flim-flammers,” employing tricks and illusions like Houdini himself?

Peopled with odd and fascinating characters, Houdini’s gripping quest will excite readers’ universal wonderment with life, death, and the possibility of the Beyond.


The Magician and the Spirits can be pre-ordered at Amazon.com (U.S.) and Amazon.co.uk (UK). You'll also find it in the Wild About Harry aStore.

Below are links to more upcoming 2017 releases.