Welcome to another year of WILD ABOUT HARRY. Let's kick off 2017 with a look back at what Houdini himself was up to 100 years ago. 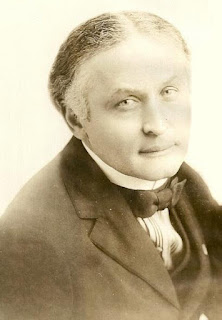 Quick! Name a significant Houdini escape, piece of magic or performance associated with the year 1917?

One can easily do this for nearly every year of Houdini's life: 1903/Carette; 1908/Milk Can; 1914/Walking Through A Brick Wall. But 1917 is tricky. That's because for the first time in many years, Houdini didn't invent or perform any new escape or feat of magic. In fact, his act was basically the same one he had been doing since returning to the U.S. in 1914. Of this period Silverman writes: "Much of what had brought Houdini to this height he was now preparing to downplay or abandon."

But in regards to his significance and impact on the magic community, 1917 might actually be the most significant year of Houdini's life, and it's why the year appears on his Machpelah monument. But we'll get to that.

But you will still be able to enjoy the story of Houdini in 1917 with the publication of my upcoming book.