Houdini fans are well aquatinted with the below photograph of a Houdini lobby display. One of my favorite things about this photo is it gives us a peak at two now lost Houdini posters (it was three, until this). The most spectacular of these is the large poster in the center showing Houdini being manacled on stage. I've often wondered what this poster must look like in color. 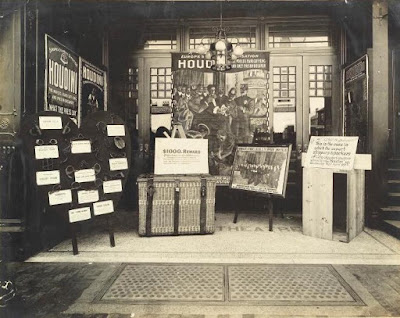 Well, the other night while watching the old 1981 Houdini episode of In Seach of, I saw something that made my jump out of my seat! There were two shots of this very poster...in color. Furthermore, it's not a still image. It appears to be filmed footage of the poster on a wall. So this "lost" Houdini poster appears to exist. Or at least it did in 1981. 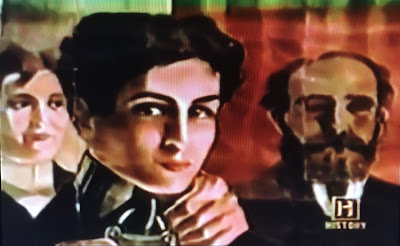 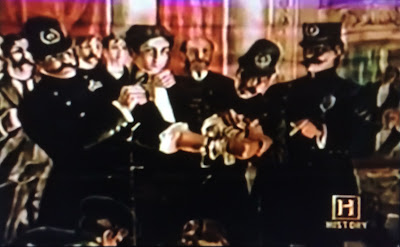 Much of this episode was shot inside the former Houdini Magical Hall of Fame in Niagara Falls, Canada. Was this poster on display there? I've never spotted it in any old photos, and it was not there when I visited in 1990. The show also filmed at the home of Sidney Radner, Walter Gibson, and at the Magic Castle. There is also a credit to the University of Austin (what is now the Ransom Center Collection). So maybe this poster was captured at one of those locations?

This is exciting because it means we might one day get a good look at this full poster in color, and maybe even have the fun of seeing it auctioned (would it set a new record?). Hopefully someone out there knows exactly where this rarity is today.