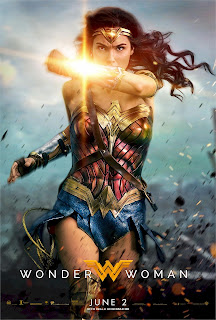 I'm a Wonder Woman fan, so I'm very happy with the success of the new Warner Bros movie with Gal Gadot. To help celebrate, I went in search of any connections between the Amazon Princess and the Handcuff King.

First off, if you've seen the movie, you might have noticed that an escape artist makes a quick appearance on a London street freeing himself from chains. Even though the movie is set during Houdini's lifetime (World War I), it's unlikely this is supposed to be Houdini himself. The website Movies.com speculates that this could be Thaddeus Brown, the mentor to another D.C. Comic hero, Mister Miracle "Master Escape Artist."

While Houdini has met Batman, we've yet to see a Wonder Woman Houdini mash-up. But Diana has played Houdini herself on occasion. Check out this passage in the book Wonder Woman Unbound: The Curious History of the World's Most Famous Heroine:

In Wonder Woman #6, dated Fall 1943, Wonder Woman appeared at a charity function to benefit the women and children of Europe affected by the war. The main event was a Houdini-like escape, where Wonder Woman was chained up and submerged in a tank of water. It was one of the rare instances outside or Paradise Island where Wonder Woman was willingly bound. Of course, everything went wrong. Cheetah added the golden lasso to Wonder Woman's bonds and she barely got out of the tank alive.


Of course, capture and escape is a regular part of Wonder Woman's everyday job. Below are a couple of panels that seem inspired (consciously or unconsciously) by Houdini. Escaping from his Milk Can after it was filled with real milk was something Houdini did from time to time. And Diana's use of the air space at the top of the tank seems right out of Houdini's under the ice exploit. 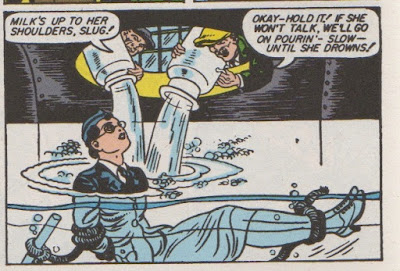 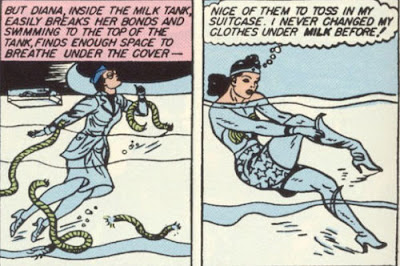 Oh, and then there's this:

Below are links to a few more "wonder women" escape artists.

UPDATE: Another connection has been pointed out to me on the Houdini & Doyle Fan Group. In the new movie young Diana is played by Emily Carey who also played Mary Doyle in last year's Houdini & Doyle ITV/Fox series.