Is this a Houdini sub trunk?

Our good friend Jon Oliver checks in today with a Houdini mystery. Below are photos of what might be a hitherto unknown Houdini sub trunk. Here's Jon's story:

About a month ago I was performing outside of Chicago. After the show, Sandy Marshall (Jay Marshall's grandson) asked me to meet for dinner.

Over dinner, Sandy Jr. told me about some large items that were still at the old shop on Lincoln Avenue, one of which was a 100 year old sub trunk that he was told was once owned by Houdini.

Unfortunately, as with many items Jay Marshall acquired, he never wrote down upon paper its history. Jay planned to, but until the end, he relied upon his incredible memory.

The trunk sat in the back part of The Little Theatre close to the stage, but on the left side. It had a small amount of mold on its back and inside. I offered to clean it up for him, and took it back to Michigan.

The trunk's outside hardware is identical to one of the of two trunks I own from Houdini. The lock upon the trunk was replaced, maybe by Jay, as were the outside handles.

The secret is different from the trunk Patrick Culliton once owned, and at the request of the Marshall family will keep it concealed. 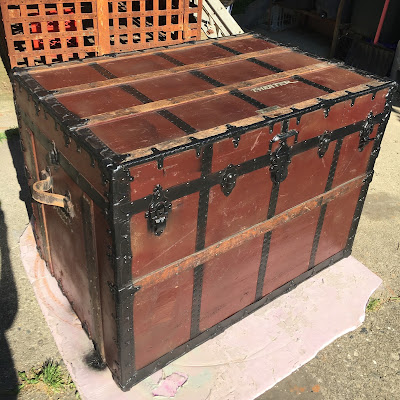 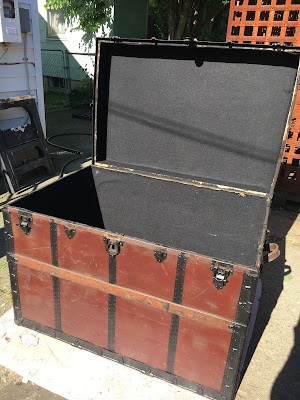 So can anyone out there help identify this trunk? If so, please leave a comment below.

UPDATE: David Charvet over at Kevin Connolly's CONJURING HISTORY - BUY, SELL AND TALK Facebook group points out there were "lots of Sub Trunks sold back in the day." Below is an ad from Arthur P. Felsman's 1924 catalog, coincidentally, in Chicago. 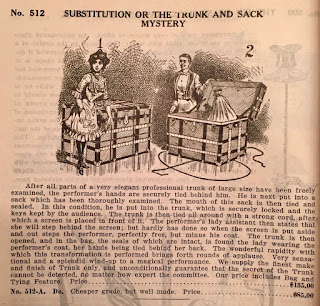