Korhza would have returned in Houdini & Doyle Season 2 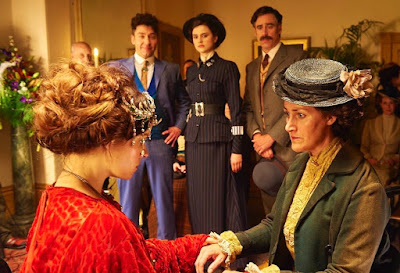 According to screenwriter (and Magic Castle member) Joshua Brandon, his Margery-like medium Madam Korhza would have returned in another episode of Houdini & Doyle had the series been renewed for a second season. The news came during the one year rewatch party currently being held by the fans over at HouDoyle and the Houdini & Doyle Fan Group on Facebook. Joshua participated in a Q&A as they rewatched "The Curse of Korhza" (episode 5) last week.

Joshua also confirmed that he had Margery in mind when he created Korhza, and that he once suggested the title Medium Well Done, which of course has a nice Hardeen connection.

You can join the rewatch party on Facebook and HouDoyle. All the season one episodes can be streamed via Amazon Video.